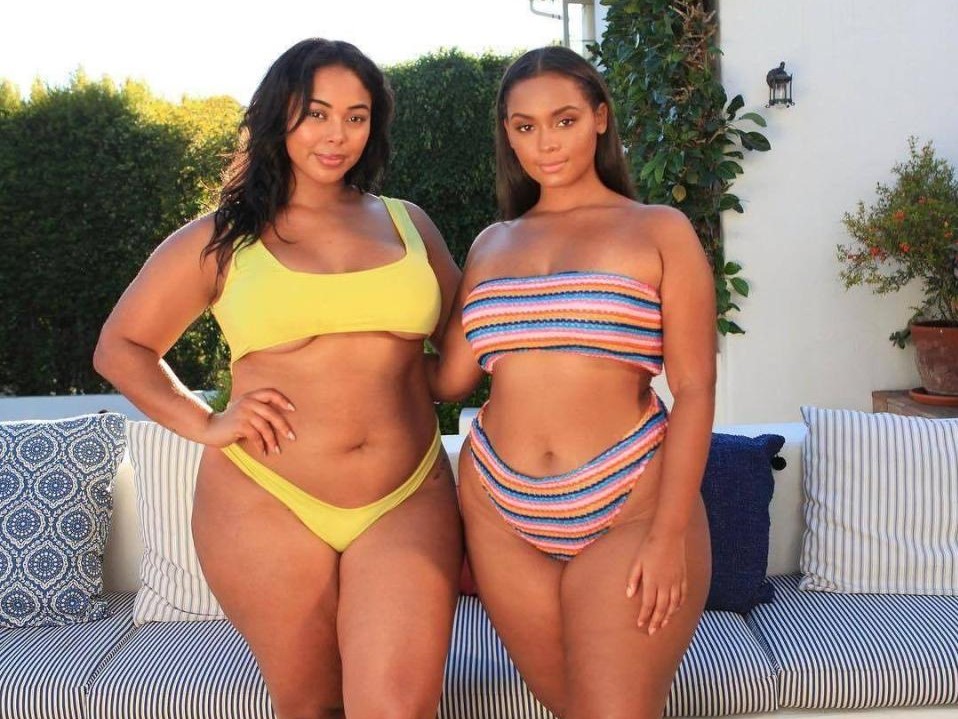 Once again, fat women are under fire by the mainstream media for “promoting obesity” by virtue of existing. This time, the fast fashion consumer brand Pretty Little Thing has received backlash for using a plus size model in their recent online swimwear campaign. This follows after Tess Holliday, another plus size model, was featured on Cosmopolitan’s front cover, seemingly sending shock waves across the globe. Pretty Little Thing, a Manchester based brand that ships internationally, featured American models Tabria Majors, 28, who wears a dress size 14-16, and Kayla Jane, 19, wearing the bikinis. The Instagram post garnered over a hundred thousand likes and was received positively by many, but also faced criticism that the post was “glorifying obesity”, with some people even going as far to comment things such as “Why promote obesity. It should be illegal” and “ugh. the unhealthiness jumped out in this pic”.

It must be noted that brands do not promote products or people out of the kindness of their heart. They are promoting plus size bikinis, with plus size people wearing them, because they sell, just as they would with smaller or “straight size” bikinis. The existence of fat people shouldn’t be outrageous, and yet in 2018 people are still outraged, and especially outraged that brands are finally starting to accommodate fat people. The term “fat people” or “fat person” shouldn’t be a pejorative or a slur, yet most people understand it negatively due to the conditioning of Western beauty standards which insist that thin is beautiful; that thin is better. The average size for a woman in the UK is a size 16, which is considered plus sized by most retailers. The numbered sizing system and the description of clothing as “plus size”, “curvy”, etc. puts a lot of stress on many women, as being “plus size” implies being less beautiful than women who fit into “straight” sizes.

People from Western societies, and British society in particular, are heavily conditioned to accept thinness as the convention and the norm, with a lot of people using health as a thin veil to conceal their deeply ingrained fatphobia, despite the fact that there is not a clear cut relationship between thinness and physical wellbeing. It is okay to be fat, and it is okay that fat people are finally being accommodated by mainstream fashion outlets. Being fat goes against the patriarchal, Eurocentric standards of beauty that are ingrained in all of us from an early age, and fatphobia is one of the most difficult ideas to overcome, but accepting yourself as fat and beautiful, and seeing other people, such as Majors and Jane, as beautiful not despite their weight, but including their weight, is a step in the right direction.