You are here: Home / Culture / Manchester / Partisan: A space owned by the people, for the people 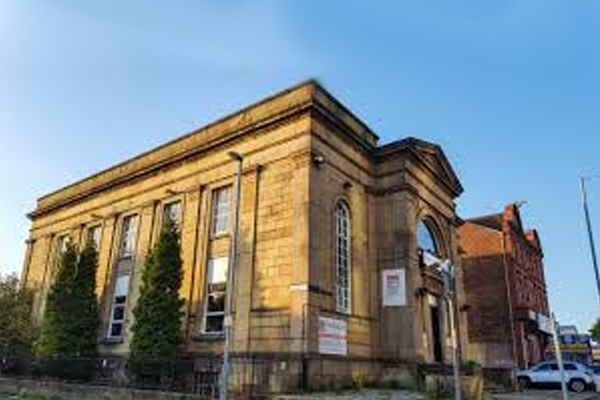 Within a former synagogue and grade II listed building on 19 Cheetam Hill Road, lies the home of Partisan. Situated across two floors, Partisan is a diverse, cultural hub acting as a social space for events, festivals, and art workshops.

As an independently owned communal space, the beauty of Partisan lies in it’s opportunity for providing a haven for young, social justice driven activists to pursue their grassroots campaigns and independent projects.

In a podcast, Kate – one of the four coordinators of Partisan, describes how she first got involved. She said, “About two years ago a few of us were trying to start a housing network. Either places weren’t accessible for wheelchair users or there were pubs which aren’t accessible for a variety of reasons. Or there were appropriate buildings but they cost £50 on average to have a meeting.

“Obviously, that’s really expensive for people wanting to organise around homelessness issues for example. Creating a space where the events that we want to put on, can’t be put on without a loss to people to subsidise the kind of political events we wanted to do.”

Partisan was born out of the need for more accessible spaces, acting as a platform on which the the work of activists and campaigners can be championed. It is a cooperative, meaning that that anyone can join the collective (for a reasonable fee), to democratically own, be part of the space and contribute toward the running of it. The DIY nature of Partisan, comes a sense of transparency in terms of where money is reinvested and how Partisan is run.

The ethos is simple – providing space spaces for city dwellers to immerse themselves into arts culture which in turn, allows for profits to be injected back into the running of Partisan. This enables the subsiding of Partisan as an affordable space for the public to hire engage with.

Events held by Partisan have included book binding workshops, yoga classes festivals and gigs at fair prices in a bid to make them accessible to all. Partisan also provides an opportunity to play a part in Manchester’s independent DIY culture as it is always looking for volunteers to help out with events. The independent and cooperative nature of Partisan  and it’s reliance on a team of volunteers, provides a truly humble and welcoming community space for individuals to be a part of.

You can be kept in the loop on what events take place in Partisan by checking out their Facebook page: www.facebook.com/partisancollective/

You can also check their podcasts available on the Partisan site: www.mixcloud.com/PartisanCollective/episode-1-why-partisan-why-now/