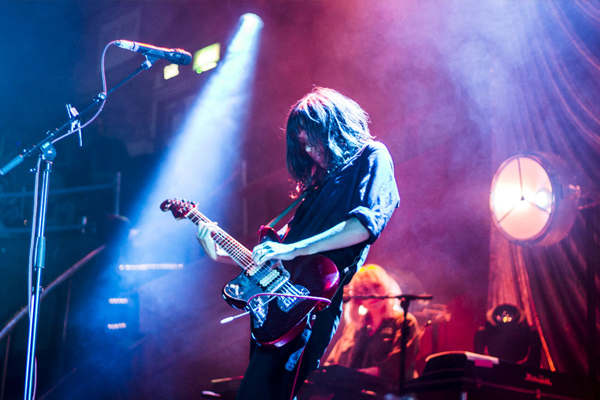 Aussie indie figurehead Courtney Barnett made her anticipated return to Manchester on Monday, right off the back of the release of her latest album Tell Me How You Really Feel.

First up however, was Melbourne three piece Loose Tooth, who brought their fuzz-laden pop to The Albert Hall, a sound that found itself very much at home amongst a Mancunian crowd. They were ultimately well received and their performance acted as a fitting predecessor to the headline act.

Shortly thereafter, Courtney Barnett took to the stage, and proceeded to power through her latest album in full, with the later addition of her more well seasoned picks from her back catalogue. There was almost a coldness in the crowd which was to be eased by the introduction of her better known tracks in the latter part of the set, though it would be arguable that the rugged-slacker-rock of her newest release translated better into a live setting than some of her more subdued numbers. What Barnett neglected deliver in terms of fan service was more than made up for by great showmanship and an excellent demonstration of songwriting.

Given time, Courtney Barnett’s new material will no doubt earn itself the a place in fans hearts amongst the old.