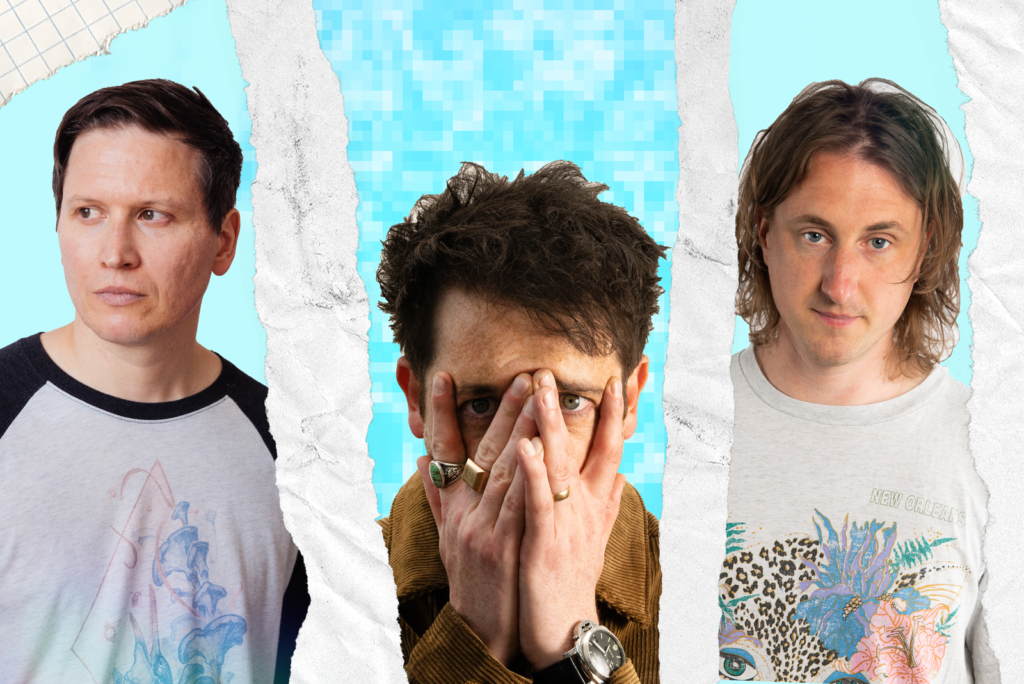 Contrary to what you may think because of their name, The Wombats don’t actually originate from Australia. But needing a title to put on a poster of their first Liverpool gig, they chose their name after calling each other ‘Wombo’ and ‘Stupid Wombat’.

They’ve come a long way since covering the Postman Pat theme tune in Norweigan, carrying around a cuddly stuffed animal called Cherub, and playing music together after meeting at the Liverpool Institute for Performing Arts.

Mixing insightful songwriting and toe-tapping melodies with a strong desire to tour, it’s no mystery why they’ve been warmly welcomed across the world. Their debut album A Guide to Love, Loss & Desperation (2007), was an acute perspective on navigating the growing pains of fresh adulthood.

Hitting a recent milestone, it’s also been over ten years since their ever-popular third album, This Modern Glitch (2010). It’s clear that the band isn’t just content with surviving but by thriving. This, and their consistent hard work, are the reasons behind their longevity.

Acting as a follow-up to Beautiful People Will Ruin Your Life (2018), their fifth album, Fix Yourself, Not The World has arrived today – created with the looming presence of the Pandemic in the background. Not a band to be fazed by any hurdles, they created it, while in three different countries – Murphy was in L.A, while Haggis and Øverland Knudsen were in London and Oslo respectively.

Disputing the notion of ‘too many cooks’, they sent their individual files to producers Jacknife Lee (U2, The Killers), Gabe Simon (Dua Lipa, Lana Del Rey), Paul Meaney (Twenty One Pilots, Nothing But Thieves), Mark Crew (Bastille, Rag‘n’Bone Man) and Mike Crossey (The 1975, The War on Drugs, Yungblud). Before their album was released, they offered a divine slice of what was to come with a few chosen tracks – notably, their hauntingly beautiful ‘Method To The Madness’, and their frantically obsessive indie-pop track ‘If You Ever Leave, I’m Coming With You’.

Over the last year, it’s become clear that TikTok has emerged as a more prominent way for users to consume and discover new music. Their track ‘Greek Tragedy’ became TikTok famous, after the remix version by Oliver Nelson went viral. The original track now stands at over 134 million streams on Spotify alone and proves that their student days may be behind them, but their music continues to resonate with new fans. This was also shown by their celebrated appearance at Leeds and Reading Festival last summer. With a massive arena tour set to kick off in the spring, they’ll be taking their infectious new tracks all over the country.

aAh! Magazine caught up with their drummer, Dan Haggis to find out more about the process of creating their latest album, his favourite memories from This Modern Glitch, and the strangest place a song has come together for him.

You’ve shared how this album has pushed you further than ever musically as a band. Were there any surprises that you encountered while creating this album in three different locations with five different producers, and if so, what were they?

“The only way we managed to finish this album in separate locations was because we had such good demo versions of nearly all the songs, a kind of road map. We knew what each of us needed to do so there weren’t loads of surprises. One that stands out though was when Murph [Murphy] discovered there was a sitar in the studio in LA and he added it to a part of the guitar riff on the song, ’Ready For The High’, when we heard it we were buzzing! That was one really fun aspect of recording in separate locations. You could mess around with parts and sounds and fully realise your idea, and the other band members didn’t need to sit through the sometimes long process of getting the right sound and takes. It certainly added an element of surprise.”

Which lyrics on your latest album resonate the most with you, and what is the story behind them?

“I love the imagery of the line ‘I always think in extremes, I should be thinking moonbeams’ from the song ‘Ready For The High’. It’s such a peaceful image and sums up the feeling of knowing what’s right for you but fighting against it. This song kind of says, ‘I’m ready for this transition and new phase of my life.’”

Adele has taken the shuffle button off her latest album as it’s supposed to “tell a story”. Was this intention of storytelling behind your tracklist and was there any doubt on the order of which songs to include?

“We always spend time getting our album tracklisting right as we want it to flow and take listeners on a journey. Having the chaos of ‘Flip Me Upside Down’ opening the album felt so right, although ‘Ready For The High’ was briefly considered as the album opener. There’s always a bit of juggling to do. The album closer was potentially going to be an interlude midway through the album. But then ‘Method to the Madness’ made perfect sense to do that job of a little calm halfway through. Then we thought that hopefully by the end you’ve realised to just let go of your anxieties, worries and overthinking and you’re ready to ‘Fix Yourself, Then The World (Reach Beyond Your Fingers)’, so that became the album closer.”

Oliver Nelson’s remix of ‘Greek Tragedy’ has been used in over 600,000 videos on TikTok and has over 30 million streams. In this modern age, how do you feel about TikTok having so much power over being able to make or break songs?

“Whether it’s a journalist at a magazine, a producer at a radio station, or an executive at a record label, people have always had the power to make and break songs. TikTok is just a bigger, almost more democratic way of discovering and elevating a song to a wider audience. I don’t really use TikTok much but if people are being creative and sharing art then it’s a good thing.”

Ten years have passed since you released, This Modern Glitch. What are your fondest memories from creating it, and is there anything which you’d perhaps change?

“Wow, ten years! I remember spending three months in LA and getting to work with some amazing producers. It was so intense and chaotic but simultaneously so exciting and inspiring to be over there. I remember Eric Valentine’s dog, Elsie, in his studio, absolute legend. I remember kicking a ball against a big wall in a car park for hours next to Rich Costey’s studio in Burbank, trying to get some perspective on what we’d just recorded. I remember me and Tord [Øverland Knudsen] spending hours in a little vocal booth (that the Beach Boys had sung in) layering the harmonies over and over for the chorus of ‘Jump Into The Fog’. At the time there were probably things we wanted to change but right now, it happened the way it happened and captured where we were at that time.”

Where is the strangest place that a track has suddenly come together for you?

“Me and Tord had made the first 45 seconds of the music for ‘Greek Tragedy’ in Liverpool, then we all got together in LA at an insane house in the Hollywood Hills our label had rented for us. We had a piano and guitar and laptop and over the course of one afternoon, we finished all the music and most of the melodies there. It was so surreal as it was our first experience of being somewhere like that, and it all came together like it was meant to be. Then Murph spent another day or two writing the lyrics for it.”

After 15 years in the industry, has there ever been an unexpected fan of your music?

“Mick Jagger! He posted a video of himself dancing to ‘Techno Fan’ to show that he was fit and well after a heart operation. We were blown away. Then we got the chance to support the Stones in the US and we met him, and the rest of the band. They were so lovely. It turns out we’re on several of Mick’s Spotify playlists!”

You’ve previously said that “‘Everything I Love Is Going To Die’ is about being present and the joy that can be found in appreciating each moment we find ourselves in”. Personally, how would you ‘Fix Yourself Happy’?

“Trying to stay present and not overthink tomorrow. I find yoga, music, exercise, reading, and spending time with friends and family help me stay fairly happy. I know myself and if I’m alone and don’t do any sport for a few days my mental health starts going down…”

Apparently, a group of wombats is called a wisdom. What is the best advice which you’ve been given and who gave it to you?

“My Dad always used to say ‘work hard, play hard’ before school. That stuck with me.”

The Wombats’ Fix Yourself, Not The World is available to listen to on a range of formats.

Tickets for The Wombats’ upcoming tour are out now.