You are here: Home / Culture / Music / Miles Kane: “I wear my heart on my sleeve and what you see is what you get” 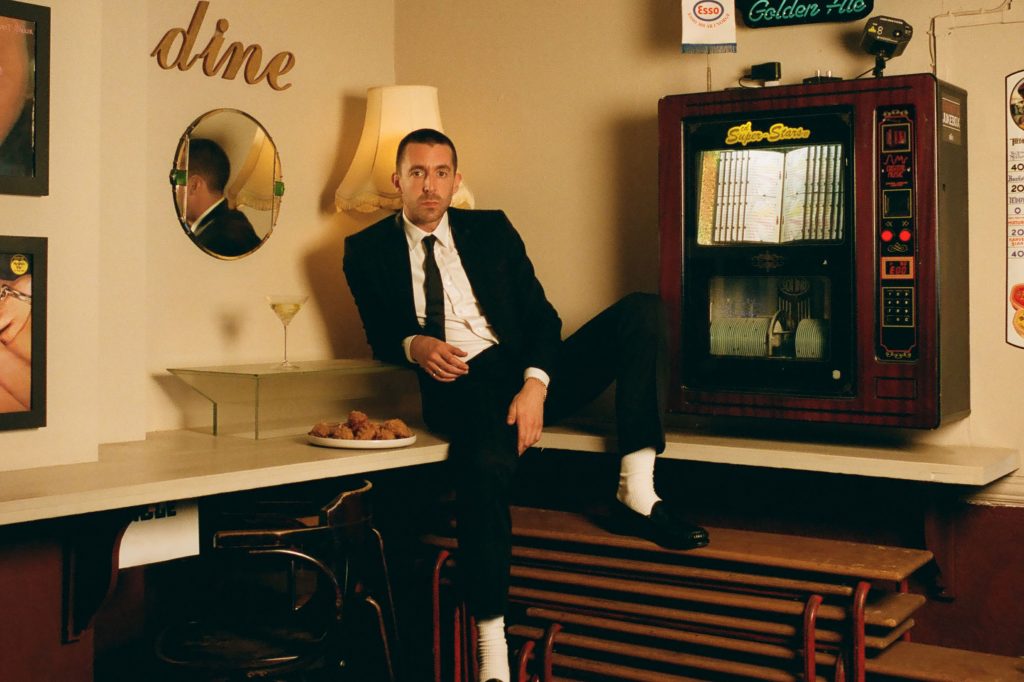 A man truly in charge of his own destiny, Miles Kane has succeeded at what most have failed and has successfully reclaimed his own narrative. His fourth studio album, Change The Show, has been a journey four years in the making, and after swapping California for being back home in England, he’s exactly where he’s supposed to be.

Collaboration has always been central to his work. The 36-year-old grew up in the Wirral where first his cousins, James and Ian Skelly (two founding members of The Coral) impacted his journey as an artist. Kane is known for teamwork, forming the supergroup The Last Shadow Puppets with Alex Turner, as well as his own band The Rascals and The Jaded Hearts Club – the latter being a supergroup consisting of Nic Cester (Jet), Matt Bellamy (Muse), Graham Coxon (Blur), Jamie Davis (Coxon’s former label Transcopic), and drummer Sean Payne (The Zutons). He’s consistently brought his vision to every project his name is attached to.

His debut solo album Colour of the Trap (2011) re-introduced himself to the world through his upbeat indie-rock sound. Hit tracks such as ‘Come Closer’ and ‘Rearrange’ have become mainstays of his memorable live shows. Following it up with Don’t Forget Who You Are (2013) and Coup De Grace (2018), saw him move into more glam territory. Always a chameleon when it comes to genres, his recent release Change The Show, contains more of a soul feel, which perfectly fits his increasingly honest lyrics.

His latest album also features collaborations with Lana Del Rey, Lily Savage and Corinne Bailey Rae. The move from America to the U.K prompted his creative juices to flow, and it was actually the first time he’s written as many tracks – while capturing his present and mature self.

To find out more about his latest album, performance style and unexpected creative moments, Camilla Whitfield for aAh! Magazine caught up with Miles Kane over Zoom.

Change The Show has been four years in the making. You previously said that you didn’t want to have an album named after a song on the album. What made you make the exception for this album?

I couldn’t think of a title. That song was the last song written on the record. To me, it was the missing link. I think it gave me the boost on the album that I needed. It’s got an anthemic vibe about it, like old songs ‘Come Closer’ and ‘Don’t Forget Who You Are’. I see it in the same bracket as those songs. It felt like it was a classic Miles Kane song if that makes sense. It brought all the other tunes together. It was written out of that frustration of watching the news. It’s a bit like that Rocky story, sort of sticking to your guts. Those kinds of songs resonate hard with me. I get an emotion singing them that still burns bright in me even today.

I completely understand that as I’ve seen you perform live twice and there’s always a certain energy from the crowd which is reflected in your performance. It just brings the whole room together.

That’s nice to hear. I do feel that I do. You definitely get emotion from all of your tunes but those, they kind of hit differently, you know?

Exactly because even though it’s called ‘Change The Show’, it almost seems as if you’re not changing but more reclaiming your narrative if you know what I mean.

I’ll take that for sure.

You moved to America and then returned to England. While out there, you collaborated with Lana Del Rey. Do you feel that changing location pushed you in a different direction than you expected?

I guess it does in a way. I just feel better. I’m more creative here than I was there. That was a long time ago now as well. I enjoy working and I think that I’m more comfortable here because I feel like it’s where I belong. I don’t feel like I’m out of place or I’m on holiday all the time. It starts with you feeling good in yourself and then you can create. Otherwise, you can’t really do much. I just tried to let the songs take the lead on this album.

There were these sort of tunes that had this more sort of Northern Soul feel. And then, a few of them were it. It just felt natural and right to go down this path and maybe a concept is too much, but there was definitely something in me that I wanted. From the last album, I had makeup on and a jumpsuit. I wanted to look like a WWE wrestler and Mark Bolin. This one, I wanted it to just be super classic and out in colour, which I think represents the music.

I really liked the idea of concepts. You don’t want to say that an album is like a concept, but you also kind of want to give it one and shape the album around it.

That definitely makes sense. Are you more of a visual person?

Yeah, I definitely see things in my mind most days or dream of ideas and stuff like that. Some of them will come to fruition. It’s like a constant thing. But also, maybe I’m both because I do like to do as well. It’s easy to sort of fall into a well sometimes or it’s easy to be in your comfort zone. To think I won’t today, like going to the gym or something, you feel like, ‘I’ll sack it off today’. But then when you do it, you feel so much better.

I guess my mind can sort of slip by that as well, sometimes. Just the more I do, whether I’m singing or trying to write songs or whatever when I get in a flow, that’s when I’m my happiest. And I think the songs are the best, if that makes sense.

Definitely. I think it’s when you’re doing something exactly how you want it to be. Has there been an unexpected moment where that’s come to fruition for you?

Yeah, definitely. You could just be sat on the sofa and there’s a TV on or you’ve just had dinner and you’re you sat down, you just start doing a little idea, and you put it in your phone and then the next day, you listen to it. That’s how older songs really start. Most of them anyway, and to see the growth of a little humming ‘la, la, la, la la’, over while you’re bursting after your dinner while singing into your phone. It’s funny.

I like that. I don’t know if many artists go in thinking of a song that they’re going to write?

Probably some do, like mainstream artists. I think that’s probably navigating it and formulating it like this is a brief you know. That is what it is. Ideally, it’s great when it just happens.

I like that and on the topic of unexpected things, has there ever been a fan of your music that you wouldn’t have expected?

My mum… definitely, where the songs get a bit angry and a bit gnarly. She’s like, ‘Ooh, be careful’. Typical mum.

You’re on tour with the Oracle Sisters, how are you feeling about it?

It’s been four years since I’ve done it all. I’m trying to not get overwhelmed and feel this nervous ping-down feeling. It’s quite hard to think as we only did a couple of gigs last year. It feels just completely different. Now I’m thinking, ‘Is anyone going to be there? ‘You know what I mean? What is going on? It feels a bit like I’m in the wilderness. I just can’t wait to get back in rehearsal. I think the minute I rock, get on stage, and hit that first chord, I think all the anxieties will drain a bit.

Whenever I’ve seen you live, it’s a show of pure confidence and having a good time. Is that always your goal?

Exactly. There’s obviously some pressure. Before when performing with The Last Shadow Puppets and this is your solo show, which is exactly as you choose it to be.

Exactly. There are no false pretences here. I wear my heart on my sleeve and what you see is what you get.

What was the last song that you listened to?

It’s probably the Oracle sisters. Yesterday, I was listening to their song called ‘Dandelion’. I’d have to go for them.

Tickets for Miles and Change the Show UK Tour can be bought here.