You are here: Home / Culture / Literature / News / “I have a hard time saying I’m proud”: Andrea Elliott on her writing process and making Pulitzer history 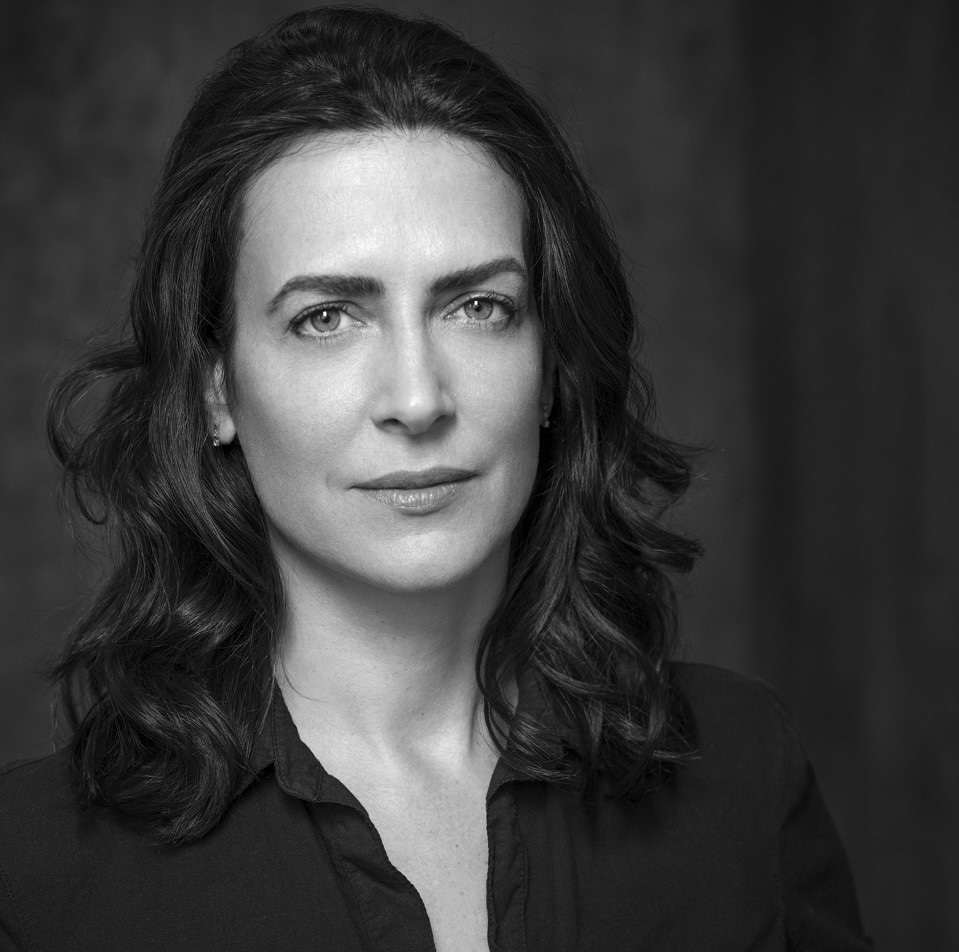 By Alice Stevens and Caitlin Dick

Andrea Elliott is reminiscing about the idyllic summer she spent in Surrey as a child, somewhat removed from the gloomy downpour Manchester is currently offering. It’s the first day of June, ironically enough, but the Washington-born author isn’t remotely phased. Instead, she continues to profess her fondness of the country, accrediting her time here to the unequivocal expansion in her vocabulary.

We meet for coffee on Oxford Road while she stops over in Manchester on her nationwide book tour. Despite her preceding literary success, Elliott enters the room with a quiet, self-effacing demeanour, her candour and sincerity obvious from the first few minutes of casual conversation.

Dressed in a simple black sweater with a scarf looped effortlessly around her neck, she speaks softly yet decidedly against the persistent shrill of the coffee shop’s pop music. She occasionally pauses to deliberate her answer, but in such a genuine manner you’d be inclined to believe all her opinions were as considered and well-rounded as one of her articles. “I had always wanted to write a book,” she says, smiling. “I had never found the book I was meant to write until I met Dasani.”

Andrea Elliott is a multi-Pulitzer prize-winning journalist at The New York Times specialising in long-form investigative reporting. In 2013, she embarked on a five-part series entitled Invisible Child, which documented the life of Dasani Coates, an 11-year-old homeless child in the city. The series was developed into Elliott’s debut book Invisible Child: Poverty, Survival and Hope in New York City, published in 2021.

The book chronicles eight years in the life of Dasani and her family, as she is forced to undertake the role of mother in a home where positive parental role models were often vacant. She battles extreme poverty, life in unsafe shelters, and food instability; forced to confront the systemic racism that has challenged her lineage for decades.

At 13-years-old, she leaves home on scholarship at a boarding school for disadvantaged children and her seven siblings suffer further in her absence. Dasani’s story is not one of solely struggle and strife but is happy, sad and funny throughout, reinforcing the significance of community and the endurance of familial relationships in a child’s upbringing. Invisible Child is a story of tragedy and inequality, but most of all about hope and resilience.

Elliott’s research process for the book was staggeringly comprehensive; the book combines over 14 thousand records from government agencies and various sources, 132 hours of audio recording and 28 hours of video, all recorded and accessed by herself. Alongside this, she kept a detailed log of her notebooks of which there were about 100, crediting this for keeping her sane: “The only way to manage the depth of research and the depth of emotion that I was experiencing by being in their lives was to organise it physically – to put it down on paper.”

As she shares a photograph of the immense timeline she developed, which overtook an entire wall in her house, the sheer extent of this project becomes abundantly clear. The chronology, colour-coded for different people within the book, spans two centuries, helping her to map the family’s multigenerational background intertwining with historical junctures within America.

Elliott describes “constantly wrestling” with the ethical considerations of working with vulnerable people and real-world issues throughout the writing process. As an “outsider” whose own skin colour and life experiences can lead to potential blind spots, she recalls how contending the balance between having stable housing and financial security herself while knowing the struggle that Dasani’s family was facing became “one of the greatest challenges of my life”.

Modestly, but with resolute assurance, she mentions that part of the proceeds from the book will go to the family – something she only told them once it was completed: “It was a voluntary act and not out of, kind of, financial consideration.”

It’s clear as Elliott sits across from us, her earl grey tea quickly ignored and cooling, that her full consideration is immediately bestowed upon anything she’s tasked with. As we discuss the constant juggling of emotions and practicality within her work, she draws upon the need for versatility as a reporter. Noting the “imperfect” nature of her job, she believes that emotions can exist alongside straightforward and detailed journalism, without posing any danger to the integrity of the work.

Going into this project, Elliott held the reporter’s role in a more traditional context. As time passed, she realised that she sought a kind of intimacy which “requires not only being awake to your emotions, but allowing them to elevate your writing in a way that carries the story forward”. She elaborates: “This was a very rigorous work of research, and the more I felt, the greater the burden was on me to step back and think.”

Defining her book as an “active witness”, she recounts an instance where a child was withdrawn from parental custody, a scene she describes as “probably the most emotionally intense experience of my working life.”

As empathetic beings, it’s difficult to digest the prospect of an unhappy ending. However, Elliott insists upon surrendering to uncertainty and embracing opportunity as a journalist, in order to understand the multifaceted extent of someone’s struggle.

“When you set out to follow someone else’s life, you’re giving yourself over to forces beyond your control,” Elliott imparts, detailing how the book had three alternative endings (two now feature as chapters in the book) as events continued to unfold. Each was an opportunity offering new insight into the adversity Dasani faced.

Speaking with meditated but confident decisiveness, Elliott then questions the ideal of ‘happy endings’ within stories centred around struggle. “This involves the person ‘leaving those problems behind for a better life’, which usually entails leaving their community,” she explains. Elliott argues that this narrative doesn’t address the issues causing people to want to leave initially, instead anticipating the forsaking of a few individuals.

When asked about her current relationship with Dasani’s family, Elliott pauses thoughtfully, before concluding: “Our relationship defies easy categorisation… I can’t describe it purely as a friendship, or purely as a working relationship.” This ambiguity is attributed to the amount of time spent with the family and witnessing whatever came their way. Not only as a journalist there to report but also as a mother, a daughter, and a human being. Laughing with them, and sometimes even crying with them, she reflects: “It was all of these things at once, it’s unlike any relationship I’ve ever cultivated as a journalist. I can’t imagine that we wouldn’t stay in each other’s lives.”

Elliott’s articles on Dasani’s family became the longest running investigative piece The New York Times has ever featured, amounting to an extraordinary estimated 30,000 words. Her more recent list of accolades for Invisible Child are boundless, attaining international critical acclaim in addition to numerous awards and coveted spots on the Atlantic, Time, and New York Times best books of 2021.

Arguably the most notable triumphs are the listing of her book as one of Barack Obama’s favourites of 2021, meanwhile she became the first woman to win the Pulitzer Prize in two separate categories. “It’s crazy,” she says. “I don’t know whether to be depressed or excited that I’m the first woman […] I have a hard time saying I’m proud, maybe that’s because I’ve always been very hard on myself. I feel tremendously grateful that it’s bringing the attention that it is to her story.”

Elliott recalls a message sent to her from Jessica Nordell, author of The End of Bias, which quoted the personal impact of Elliott’s book, despite her own intimacy as an author within the fields of systemic discrimination. Nordell commented: ‘In order to break down stereotypes about a group we don’t belong to, we need to see that group as just as complex and various as our own, your book has done that for me… I wanted to say thank you for getting inside my mind and tinkering with my synapses’.

Here, Elliott takes a deep breath, seemingly reassured by this resolve: “That’s exactly what it is. It’s just a shift.” She hopes that the book shifts something inside of everyone who reads it, in the same way that she was impacted while in Dasani’s world.

While her hopes for the book are on a more personal than global scale, she acknowledges that the issues covered are so intractable that it is unlikely that one book will provoke change: “I would never assume this would do more than get inside the hearts and minds of the reader and maybe that’s the best possible impact – because if that does carry through to policy changes then who knows? We shall see.”

Invisible Child: Poverty, Survival and Hope in New York City is available to purchase from all major book retailers, as well as in audio and E-Book formats.