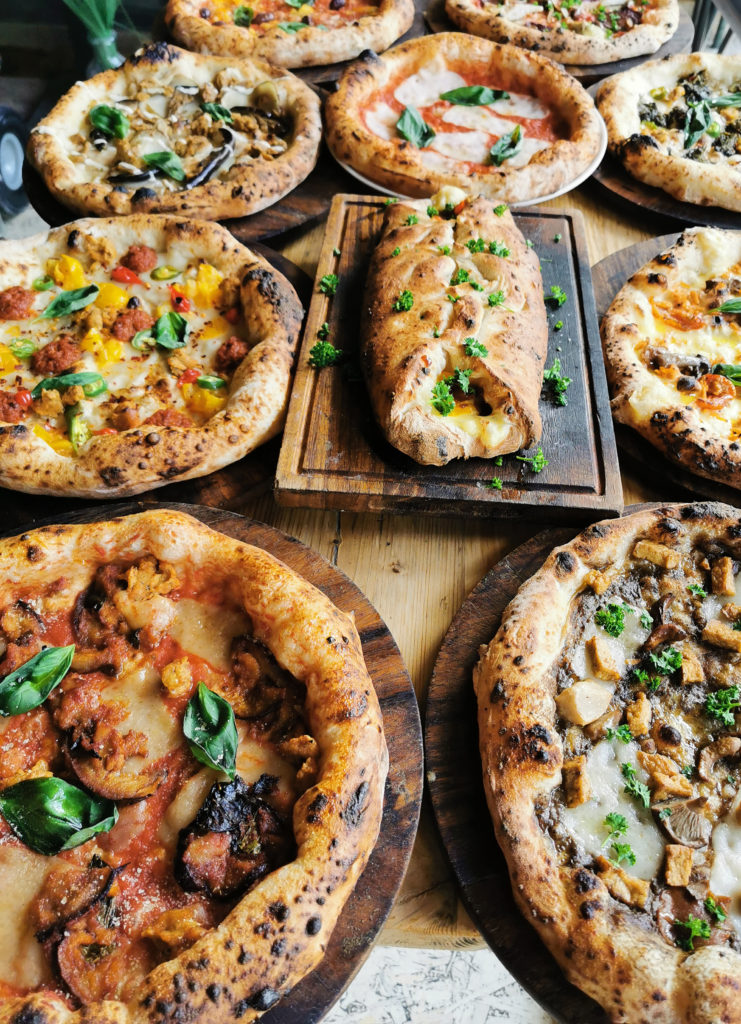 Photographs courtesy of Rob Trounce, Head of Marketing at Purezza

Who doesn’t love Pizza? How about pizza that you can feel good about eating? Plant-based, planet-saving and prize-winning pizza — all with both student and NHS discount.

Purezza has been operating in Brighton since November 2015, and opened a London branch in March 2018. It subsequently tripled the size of its Camden restaurant in February 2020. Purezza went on to launch branches in Bristol and Hove in 2020. The restaurant has become a household name among vegan and vegetarian foodies, with diners travelling from all over the world to eat there

Following a year of growth, Purezza’s 6th branch will open in Manchester’s Northern Quarter at 75-77 High Street, M4 1FS. This was previously the site of Dough Pizza Kitchen. Manchester’s pizza lovers will find plenty to get excited about at Purezza. The pizzas are renowned globally, and won National Pizza of the Year in 2018, and received awards at the World Pizza Championships in 2019. Purezza is also a 100% plant-based and vegan restaurant, for which it holds further accolades including Vegan Restaurant of the Year 2020.

Purezza’s range of creative Neapolitan-style pizzas feature its own signature plant-based mozzarella, a unique whole grain sourdough, and carefully selected organic ingredients. The menu consists of classics, such as the Margherita, to unique pizzas like the award-winning Parmigiana Party which uses aubergine parmigiana and vegan sausages as toppings. The restaurant also serves a full gluten-free menu, including pizza crust that is indistinguishable from regular sourdough. There is also a wide range of creative cocktails and organic beers and wines. Food will also be available via local delivery services.

Sustainability is at the forefront of Purezza’s values, and this comes across in more than just the food. The restaurant is fitted out with reclaimed and upcycled furniture, and decoration has been completed with eco-friendly and organic paints. Tim Barclay, co-founder, and co-owner of Purezza, has said: “Manchester has been on our agenda for years now. We’ve had more requests to open in Manchester than any other city in the UK, and it’s truly a pleasure to honour those requests and to finally make it happen. We’re really excited about this, and we can’t wait to welcome you through our doors.”

With more people becoming vegan than ever, why not see what you’re missing?