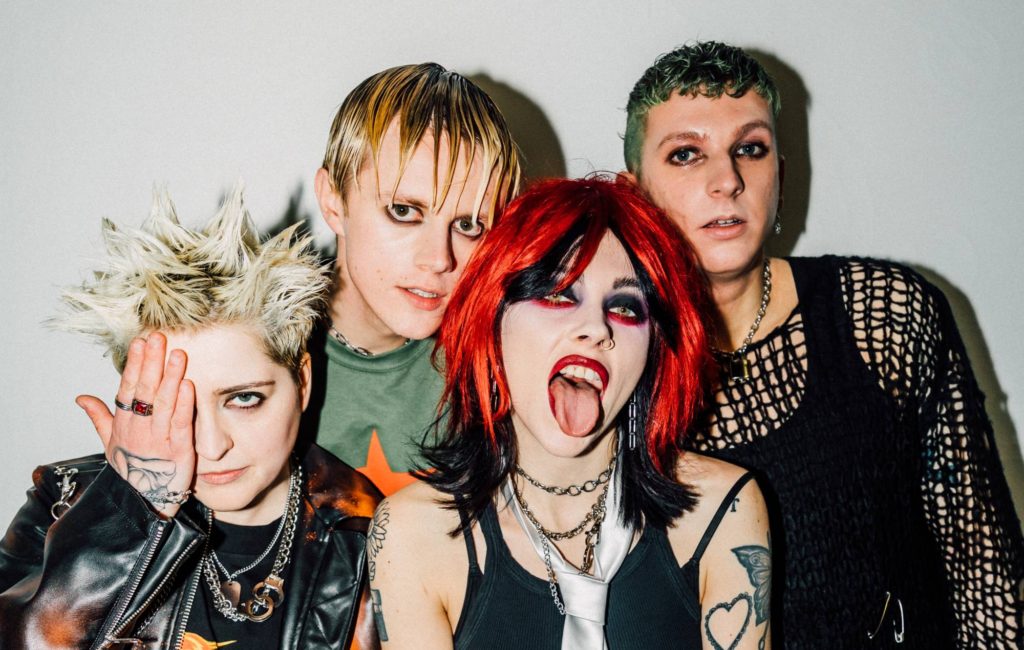 Pale Waves are continuing to tear down the outdated societal discourse with their latest pop-punk offering, ‘You Don’t Own Me’ – a track with enough spark to ignite a much-needed revolution.

Consisting of frontwoman Heather Baron-Gracie, drummer Ciara Doran, guitarist Hugo Silvani and bassist Charlie Wood, the band has long cemented their status as ‘one to watch’. Their debut album, My Mind Makes Noises (2018), rocketed to the Top 10 of the U.K Album Charts. Before this, they’d already toured with indie-heavyweights The 1975, received the NME Under The Radar award, and made the Sound of 2018 shortlist – a clear premonition of their journey to the top.

Beginning with gritty guitars and transitioning into a punk-pop melody, which Avril Lavigne would be proud of – ‘You Don’t Own Me’ features defiant lyrics that align with the band’s empowering manifesto, “I’d rather pull out my teeth than be what you want me to be”. The track continues to deconstruct the dangerous age-old beliefs regarding what it really means to be a woman, such as smiling more, crossing your legs, and not cutting your hair short or showing skin. With every repetition of “you don’t own me”, it’s another reminder from Baron-Gracie that the only person you have to answer to is yourself. Its fast-paced drums and slick guitar playing only further exemplify the core message. Almost criminally catchy, you’ll be sure to have it on repeat.

So far, we’ve captured a glimpse of the new era of Pale Waves from their latest album, Who Am I?, which is set to be released on the 12th of February. The album was recorded alongside producer Rich Costley (Muse, Foo Fighters), predominately in L.A. before COVID-19 struck. Silvani and Wood finished the album from their bedrooms in England, while Baron-Gracie and Doran remained in L.A. Their previously released tracks ‘Easy’, ‘She’s My Religion’ and ‘Change’, have been met with open arms from their fans, and have received praise for exploring themes such as individuality and self-growth – as well as portraying LGTBQ+ relationships with a glowing honesty.

Speaking to aAh! Magazine last month about the track, Heather Baron-Gracie said: “I think live, ‘You Don’t Own Me’ is going to be really exciting to play because it’s such an angry and aggressive song”, and “it’s a massive f*** you to those people who are trying to conform us and confine us into being one person.”

After already assuring us that she’s “just going to bounce around the stage”, we’re equally as excited to hear the new album live. Their eagerly anticipated tour has been announced to commence on the 11th of February next year. It’ll be kicking off in Bristol with a final celebration in their hometown of Manchester on the 1st of March. This will provide an excellent opportunity to hear their forthcoming album, Who Am I?, just as it should be – with the electric atmosphere of a Pale Waves show, fuelled by community spirit.

For those still after tickets, you can purchase your golden ticket to the bubblegum-grunge group here. Make sure you act fast to avoid disappointment, you certainly won’t regret it.

You can stream their latest album on all major streaming services and on Spotify here. You can order, Who I Am?, from the Dirty Hit store here.