You are here: Home / Opinion / Opinion: Why going vegan could be the best decision you’ll ever make 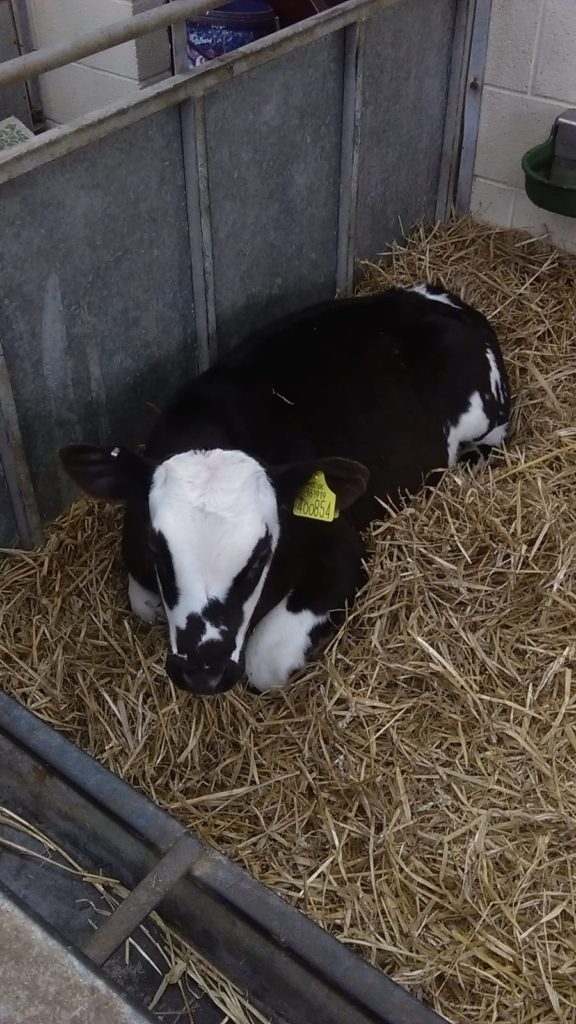 So, Veganuary… Did you try it? Have friends or family who did? This year a record 500,000 people signed up to the challenge and 125,000 of them were from the UK. Supermarkets have embraced the trend by expanding their plant-based ranges, as the nation’s favourite dieting month has an additional twist.

Vegan food is healthy food, right? Many have swapped their usual meat and dairy favourites for plant-based alternatives, believing that this alone will help them lose weight. Sadly, vegan junk foods can be just as unhealthy as their non-plant-based counterparts. So, why make the switch? I’ll tell you why I believe that embracing veganism could be one of the best decisions you’ll ever make.

Like many people, I have watched more than my fair share of subscription TV during the pandemic, including Netflix, Now TV, and Prime. Some of it brilliantly funny (I’m thinking The Marvellous Mrs. Maizel), some heart-rendering (This Is Us comes highly recommended!), some shocking (Filthy Rich), and some so bad I couldn’t stop watching (enter, The Tiger King). Little did I realise that one documentary would literally change my life, and the lives of my family.

I want to be honest from the start, I have been a meat-eater my whole life. A meal wasn’t a meal without it. As children, our meals were planned and cooked around it and as an adult (and mother) I followed the same pattern. Until on Sunday 3rd May, we came across a documentary called Cowspiracy.

Back in 2000, I met my first ever vegan. I had honestly never even heard the term. Back then, it was rare, and she told me that she mostly ate fruit, vegetables, seeds, and beans! No milk, chocolate, cheese, or marshmallows, in fact, nothing that contains anything derived from animals. I was amazed by this and admired her commitment, yet I wondered how she survived on this diet. Was it even healthy? And, more important to me back then, did she ever enjoy food?

I have always considered myself an animal lover. We had pets as kids and I have had a dog for over a decade, who I adore. As a mum of two and a primary school teacher; I felt passionate about teaching my own children, as well as my pupils, to care for their planet and its inhabitants.

Now, I cannot claim complete ignorance, I knew that my food used to be a live animal. Like many, I tried not to think about this. Perhaps selfishly, I enjoyed meat and fish, and believed them to be part of a healthy diet for myself and my family.

Well, Cowspiracy blew my mind. I genuinely had no idea that the meat and dairy industry impacted the environment in such a huge and detrimental way. To learn that a plant-based diet alone would cut my carbon footprint by 50% was only the beginning. The documentary stated that 18% of the global greenhouse gas emissions are because of animal agriculture, compared to 13% for ALL transport (including planes).

Animal agriculture is responsible for 91% of Amazon descruction, livestock cover 45% of the earth’s land. I didn’t know that for every 1lb of fish caught, another 5lbs of unintended ocean life are caught and discarded as ‘by-kill.’ Scientists estimate that fishing vessels kill as many as 650,000 whales, dolphins, and seals each year. I didn’t know that the process of making one hamburger uses 660 gallons of water.

It seemed ridiculous that I wouldn’t know any of this. I learnt about the roles of meat and dairy in water usage, greenhouse gas emissions, animal extinction, waste production, land occupation, deforestation and global warming. One of the most shocking statistics for me was learning that 82% of starving children live in countries where food is fed to animals, who will be eaten by westerners. If we fed the grain to people rather than animals (that we are rearing to be eaten or produce milk), we could eradicate world hunger. To be honest; I didn’t believe it.

After watching Cowspiracy, I researched the statistics given in the documentary. Unsurprisingly, there was criticism from various sources. Some opposed the fact that all the experts were vegans themselves. They questioned the backgrounds of the experts, who many considered to lack expertise in agriculture and the environment. I discovered that there was an error (not made by Cowspiracy) in the amount of greenhouse gas emissions, they made up 14.5% rather than the 18% previously stated. However, despite those desperate to discredit the documentary (particularly the meat and dairy industries themselves), it seemed that Cowspiracy was broadly accurate, although facts may have been carefully selected – they were still facts. Shockingly, the documentary maker also disclosed links between the industries and health charities, with the meat and dairy industry both investing and funding research studies with huge Cancer and Diabetes charities. Surely this presented a conflict of interest?

What the Health, The Game Changers, and Dominion

I went on to watch What the Health and Game Changers (both on Netflix). I learnt about the many positive health benefits of a plant-based diet, and how it can help enhance performance in sport, as well as faster recovery. I made a decision there and then to go vegan. My husband and children (who had watched some of the documentaries), decided to give vegetarianism a try.

A few days later, a friend recommended Dominion on Netflix. Dominion is focused on the animals – those that are slaughtered, those that are mass-produced to meet the high demands of the meat and dairy industry. Some of the animals are injected with chemicals, hormones, and salt. Animals that are genetically modified to the extent that they are so big, their legs can’t carry them. Those that die in the ‘factory farms’ and the calves taken from their mothers to be killed or reared for beef, so that humans can drink the milk that their mother’s body produced for them. I find it hard to imagine that anyone could watch Dominion and continue to consume meat and dairy. I might be wrong, I’d be interested to hear from those who have. For me, it was horrific and shocked me to my core. I’m sure that was the point.

My husband and kids decided to go 100% plant-based a few weeks after me.

Is it hard to go vegan?

I have been vegan for 273 days. I have learnt so much and read as much as I can to stay informed. As a mum, my children’s health is of optimum importance, so the vegan way of life does take a little planning, to ensure we all get everything that we need but we got the hang of it really quickly.

I can honestly say that, as a family, we enjoy our meals more than we ever have and are all benefitting from the new way of life. In addition to improving our health, I feel happy that we are making positive contributions towards sustainable living and reducing animal cruelty and exploitation. Most of the people in my life aren’t vegan, and how hypocritical I would be to judge them, given that I’ve lived my whole life as a carnivore. It is hard though, believing that this is a better way-for our health, for our planet and all its inhabitants – and knowing that the people I love aren’t benefitting as we are. They haven’t watched the documentaries; they don’t want to. Just like so many others, they enjoy eating meat and don’t believe the vegan way of life is for them.

At first, there were a few challenges, we tried several different kinds of milk before we found the right ones (for me Oat for tea, coconut for cereal!). Initially, we bought lots of vegan meat replacements, now we try to cook whole foods. It’s cheaper, healthier, and can help support local businesses. Family favourites in our house are Sri Lanken Curry, Mixed bean chilli, Fiery pepper fajitas, Sweet Chilli Tofu, and homemade chips – as well as the casseroles, soups, salads, and even BBQs. We still allow the occasional vegan treats, of course, Biscoffi brownie and chocolate banana bread are big hits with the kids. I know we all eat more fruit and vegetables than we’ve ever done. We try to follow the ‘Eat the Rainbow’ motto to ensure a balanced healthy diet. It gets easier, the thought of meat now makes my stomach turn. I accidentally sipped the wrong tea at mum’s house and honestly felt sick. My tastes have changed dramatically, and I have never enjoyed cooking (and eating!) as much.

Is it your turn?

I’ve thought a lot about my pre-vegan life, there’s been plenty of thinking time lately. Why did I eat and enjoy meat for so long? We justify to ourselves that we can love our dogs, be appalled by the market for dog meat in some countries – and yet we are happy to have other animals, just as sentient and intelligent, mistreated, slaughtered or living in appalling conditions, so that we can have a burger. We know that pigs are more intelligent than dogs. We know animals can be scared, affectionate and they even mourn. Still, that bacon sandwich was tasty wasn’t it? Still worth it?