You are here: Home / News / #GirlsNightIn: Campaign launched to boycott clubs across the UK – How you can get involved 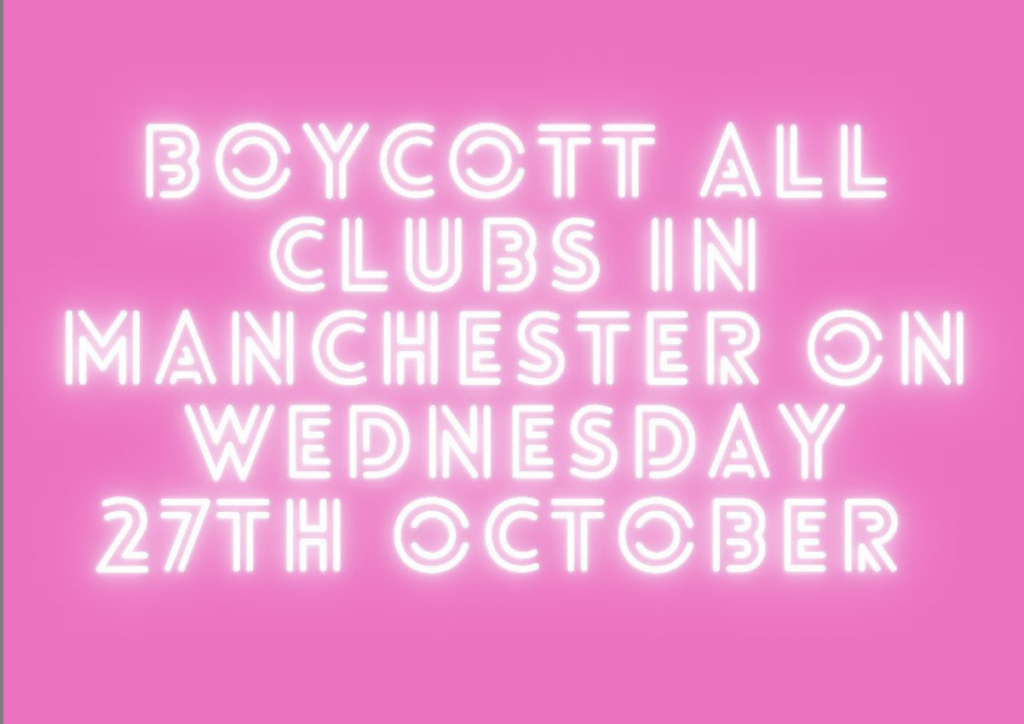 Campaigning group #GirlsNightIn has gained momentum on social media, encouraging people to boycott nightclubs on Wednesday 27th October to protest the safety of women in clubs and bars.

The campaign was founded in response to the recent rise in spiking incidents in student areas across the UK and calls for increased measures and resources to support the protection of women.

Towns and cities all across the country are getting involved, with boycott’s currently planned to run until the 5th November.

Cities such as Manchester, London and Nottingham are just some of the many that are participating for the cause.

Police have confirmed the rise in spiking across the country, which includes attackers putting drugs in drinks and now, using needles to inject their victims.

Although this figure accounts for both men and women, the majority of victims have been young women.

The boycott’s main aim is to make it clear to bars, clubs, venues that extra safety measures need to be put into place in order to make these the spaces safer for women.

Leading the campaign in Manchester, @GirlsNightInManc shared a statement posted on their Instagram page: “Along with many cities in the UK, we are organising a boycott of all clubs in Manchester to demand that spiking is taken seriously.”

The group has also published an open letter to Greater Manchester Mayor Andy Burnham and Greater Manchester Combined Authority (GMCA). In the letter, they call for GMCA to take ‘greater action’ in order to prevent spikings and request additional resources to ‘be put into keeping people safe at bars and clubs’.

Much-loved city-centre student nightclubs, 42s and The Venue, will be shutting their doors on Wednesday in support of the campaign.

In a statement posted on Facebook, 42s said: “After careful consideration, we have decided we are going to close next Wednesday 27th October. This is not a decision we have taken lightly, particularly as we have a lot of staff who rely on their income from 42s.

“As such, we will still be paying our staff for the night, despite being closed. Everyone has the right to feel safe on a night out, it is important our staff and customers know that we take their safety very seriously.”

So, how can you get involved?

For more information on how you and your friends can stay safe, check out: