You are here: Home / News / Extinction Rebellion: The perfect combination of non-violent disruption and people power 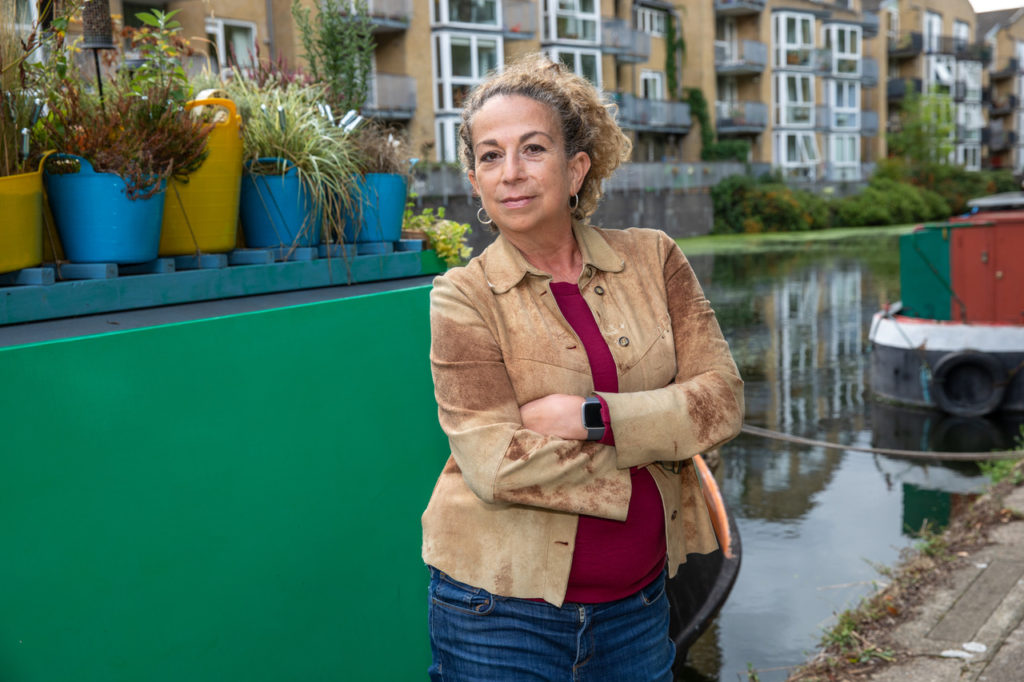 Environmental activist and award-winning author Monique Roffey on the power of creative writing and why we must act now to avoid the mass extinction of life on earth.

Costa Book of the Year award-winning author and Manchester Metropolitan University lecturer, Monique Roffey, co-founded the Writers Rebel arm of Extinction Rebellion (XR). A community made up of authors, poets, actors and journalists, Writers Rebel uses the ‘power of words to claim a safer, fairer future for all of the planet’s inhabitants, human and non-human.’

Founded by Gail Bradbrook and Roger Hallam in 2018, the original XR movement has become globally recognised, garnering hundreds of thousands of supporters and capturing the voices of a generation. XR describes itself as, ‘an international movement that uses non-violent civil disobedience in an attempt to halt mass extinction and minimise the risk of social collapse.’

XR’s methods contrast sharply with the ways that climate change activists have traditionally made a stand through lobbying politicians or mass petitions. They believe that more extreme action is needed to force those in power to listen. Very few would argue with their goal of preventing the extinction of the planet and all those who live on it. What is controversial though, is the urgency they claim and the methods used by the group to get their messages across.

XR activists have brought London traffic to a stop, glued their hands to doors of a building so that oil tycoons could not enter, planted trees in Parliament Square and dug a hole to bury a coffin, which they say represented the future. Though completely non-violent, the group aims to create disruption and engage the attention of those who can make the biggest difference.

After joining one of XR’s London marches, Roffey tweeted an invite to other writers to join the cause. “I met with Liz Jenson, who was already working with Extinction Rebellion,” says Roffey. “We said ‘Why don’t we get together as many writers as we can?’ So we did.”

Writer’s Rebel held their first event in October 2019, in conjunction with other XR actions planned to take place in the capital. Roffey says: “We asked a continuous stream of writers to just get up and read, for five minutes or so, which attracted huge crowds. We had some really big names like Simon Schama, Allie Smith, and AL Kennedy. And they were all just turning up, patiently waiting their turn. There were thousands of audience members who then became part of the protest, too.”

The global pandemic hasn’t stopped the environmental activists. In November 2020, Writers Rebel held an evening of activist-centric speeches, bringing together 20 writers from around the globe including Margaret Atwood, Amitav Ghosh, Elizabeth Kolbert, Ben Okri and others. The event was held in a secret location in central London. It followed the introduction of the new ‘Money Rebellion’ campaign led by XR co-founder, Gail Bradbrook.

The XR movement is currently estimated to have 650 groups across 45 countries, with many high profile members including young environmental activist Greta Thunberg and actors such as Emma Thompson, Jude Law, Benedict Cumberbatch and Sir Mark Rylance.

Reflecting on the wider XR movement, Roffey says: “It is non-violent disruption, which is a really, really powerful combination. And it’s working. It’s a people-driven power. We have solar panels in places like Morocco which could power Europe. The Chinese have renewable energy. Fuel giants, they’re even changing, adapting to green energy as well.”

In the past year alone, while the world battled with Covid-19, XR continued its mission with a number of targeted campaigns. In September 2020, the group blocked the roads outside the printing press of five major newspapers, holding signs stating: ‘Tell the truth’ and ‘5 Crooks control our news’.

XR believes that the British press has been compliant in playing down the climate emergency. This caused the government to condemn their actions, however making friends in the high places has never been on XR’s list of priorities. In May 2019 the UK Government finally declared a ‘Climate Emergency,’ which was one of XR’s key demands.

Roffey says, “Extinction Rebellion is one of the most exciting things to come out of environmental activism in a long time. I do think we can make enough of a difference in time. This is the most important thing we have to think about currently. Act now.”