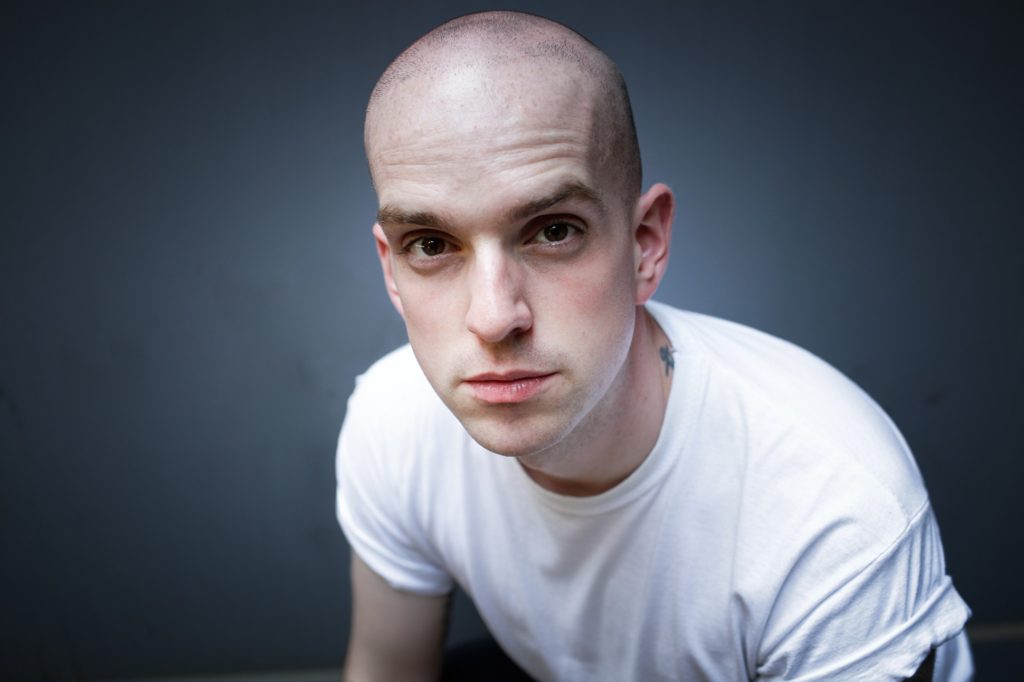 McMillan has been described by the Guardian as ‘a young celebrant of sexuality who burst onto the literary scene,’ yet his latest collection, pandemonium, is recognized for the ‘deepening and darkening’ of topics explored. Moving past the physical body, in his latest collection McMillan shifts his focus to mental health, fractured bodies and minds, and political turmoil through a mapping of the garden and the invasive knotweed that is slowly suffocating it.

The evening’s event was opened by Becky Swain, Director of the Manchester Poetry Library, who described McMillan’s collection as remarkable. She said: “These tender poems explore the fragility and pain and depth of the human mind.”

McMillan read from a selection of the poems in his latest collection, including ‘for how many years’, ‘passion play’, and ‘swan’. His reading was followed by a question-and-answer session led by Malika Booker.

Booker, whose own work has won several awards, including the Society of Authors Cholmondeley Award, and the Forward Prize for Best Single Poem for ‘The Little Miracles,’ described McMillan’s collection as “a ceremonial rendering, a deceptive love story, and a witnessing of testimony of grief.” She went on to congratulate McMillan on his “beautiful, tender, and vulnerably bold collection.”

During Q and A, McMillan was open and honest about how the collection came together during an incredibly difficult time in his life.

McMillan said: “All of these poems were written at the same time as I was writing playtime. At that time, I was writing these to deal with the day-to-day reality and the turmoil I was dealing with.

This book has broken me on several different levels. When my copies came, I couldn’t physically touch the book. It had this energy to it that I couldn’t go near. I read it and sometimes I don’t recognize it as my own work.”

The collection examines issues of mental health, but Booker also noted that McMillan’s poems have a strong focus on love. McMillan acknowledged this and added that it is difficult to write about mental health, as the topic should not be beautified or oversimplified.

He said: “Loving through difficulty, that feels to me like a lot of what the collection is trying to strive towards. When you’re writing about mental health, it’s impossible to generalize. This isn’t a book about what I think about mental health, this is just an exploration of what it was like for two people at that particular time, that journey.”

The collection features a range of individuals from McMillan’s own life, yet McMillan said that they had a say in how they were represented in the collection.

“I feel very strongly that the people that these poems were about had the right to respond, had the right to talk back to them, to change them, to take them out or not. It felt like a very important part of the editing process, that they had a voice in it as well,” said McMillan.

Although he has certainly become, according to Booker, a “Rockstar” in the literary world, McMillan was humble and noted that the place of privilege he occupies allows him to better serve others.

He said: “To me it’s always accidental, occupying this place that you’ve always seen as this gilded position. When everyone starts writing they see this promised land behind a door where they think everyone must be happy and then when they get there, they realize that everyone is just as neurotic and nervous and terrified.

He added that teaching creative writing to others has made him a better writer himself. He said: “If I’m asking my students to rethink their images, then I better go and ask that of myself ten times harder. Being a teacher has made me take my own work more seriously. I ask people not to be casual about their own work, so I can’t be casual either.”

Although pandemonium seems a fitting name for a collection released in the midst of a pandemic, McMillan said that the majority of the poems were written before Covid-19 or lockdown restrictions began.

He said: “I wanted the title pandemonium before the pandemic, and I was determined that Covid wasn’t going to ruin it for me. So, I kept it. But most of the poems were written pre-pandemic. Still, that idea of the intrusion of nature, the intrusion into our safety has a new resonance now, which is just one of those accidental things.”

Swain commented after the event, saying: It was an honour to host the launch of Andrew McMillan’s stunning poetry collection ‘Pandemonium,’ and to give these remarkable poems the welcome into the world that they deserve.”

Martin Kratz, the Project Manager at the Manchester Poetry Library, added: “It was a privilege to be able to host the launch of the collection pandemonium by our colleague Andrew McMillan. This is a brave and beautiful book that takes the reader to the very edge of language. It is still amazing to me that despite being written before the pandemic, it speaks to this moment in such a particular way.”

“We have been really pleased to be able to run a digital programme with launches such as these and have been able to connect so many people to poetry and each other. We look forward to carrying that on. It will also be amazing, though, to finally open those library doors and to run some of these events in person,” said Kratz.

The Manchester Writing School at Manchester Metropolitan University also has a list of exciting upcoming events. You can access their events page here.

If you are interested in finding out more about Andrew McMillan or purchasing his latest collection you can learn more about the author on his webpage.