You are here: Home / Uncategorised / Up-and-coming house DJ from Manchester releases EP that gets him verified on Spotify 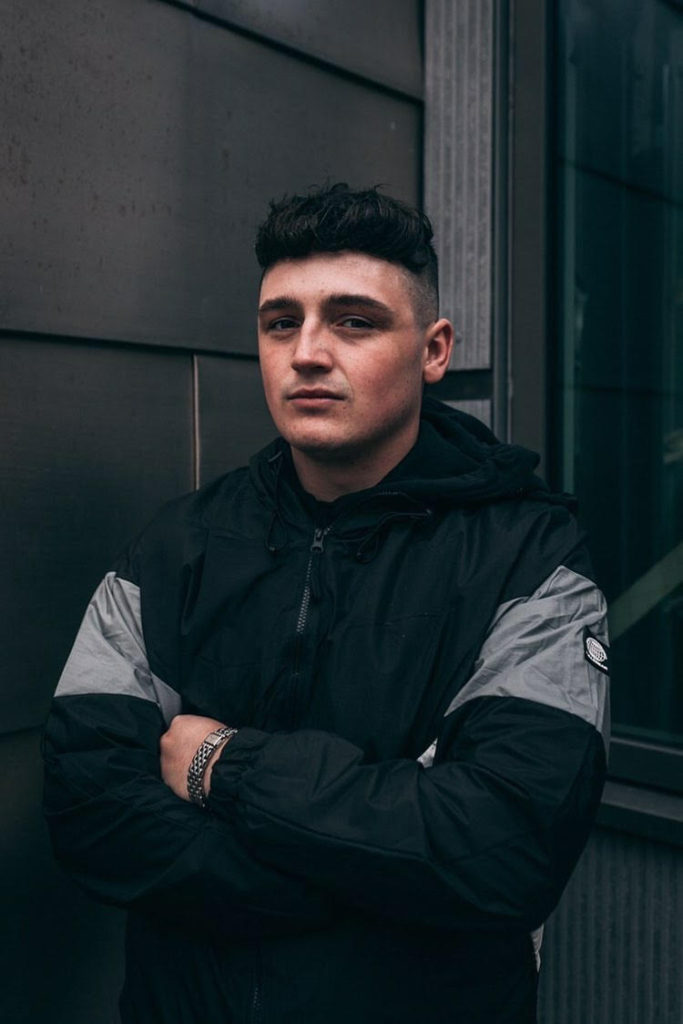 Recently verified Spotify artist Benluca Bettoni is an up-and-coming house DJ from East Manchester. From playing lead in a successful local band who toured sold out small venues in and around Greater Manchester, including The Academy to going solo, Benluca has achieved a lot in the short time. Making his start DJing in his local city, he has gone on to playing festivals in Budapest with some of the top DJ’s in the world to playing radio shows and being verified on Spotify.

Benluca, of Italian descent, was born in Audenshaw, East Manchester in 1999. Growing up he was “heavily influenced by music from bands such as the Arctic Monkeys and the Kooks”. On his ninth birthday, Benluca says he was gifted a guitar by his Dad and hasn’t stopped making music since.

In his teen years, Benluca played lead in a slightly successful indie band The Retainers. The band toured small venues around Manchester, including Manchester Academy and released an EP titled Arrival.

The love of performing followed Benluca through high school and college, where he studied Music and Music Production at A-level and achieved many certificates and high grades for playing the guitar and making electronic music.

Following the break-up of his childhood band The Retainers and his graduation from sixth form, Benluca made a solo career DJing inspired by his love of the house scene in his younger years. He created his platform on Instagram and SoundCloud where he now has over 1.5 thousand followers and tens of thousands of listens on his tracks.

After playing gigs at small venues around Manchester, supporting small artists and working with brands that weren’t giving Benluca what he wanted career wise, He was introduced to Horizon MCR and Blanc Audio, two significant event and music management companies through social media who supported Benluca, his music and his future plans.

In 2018, Benluca began doing club and rave appearances at venues and clubs in and around Manchester, including supporting top artists such as Cuartero, Wade and Sanchez at Time Bandit events, whilst also making music for his SoundCloud in his spare time.

Playing with some of the top DJs in the industry landed Benluca with the chance to support two of the biggest DJs in the world, Ben Sterling and Eats Everything at the sold out Budafest festival in Budapest in September 2019. Benluca says: “It was surreal really, it was a dream come true and I hope there’s more opportunities like that in the future.”

After the festival, Ben went home and began working on music to release whilst also continuing supporting artists at events around Manchester. In January 2020, coronavirus hit and lead to the breakdown of many people’s future plans and goals.

Where many people were left wondering what to do with themselves, Benluca used the national lockdown to his full advantage. He says, “If anything it helped me, there were no gigs or anything so I could focus solely on making music.”

So with the help of CUEBD records and Blanc Audio Ben released his first real single ‘Non-Stop’, eventually gaining him more publicity on Social Media, putting him in contact with Unity Radio, a Manchester X Ibiza radio station and in August of this year, Ben played a live session from 7pm-9pm on Unity Radio.

Most recently, Benluca released his first EP Like This with the record company CUEBD. The EP includes the songs ‘Like This’ By Benluca Bettoni, ‘WYD’ (Original Mix) By Benluca Bettoni & Magic Zak and finally ‘WYD’ Ben Walsh remix.

In the week it has been released, Benluca’s Like This EP has been shared onto Blanc Audio’s YouTube where it has gained over 10K views and nearly 500 likes. The EP currently sits at number 5 in the minimal tech releases section on Beat Port and gave Benluca the publicity on Spotify for them to verify him.

In terms of the future, Benluca says his main ambition is to make a living off making music, he says he is currently still working on the side and doesn’t enjoy it, so plans to quit as soon as he gets the chance to.

Benluca has achieved so much in the short time he has been DJing. Performing with some of the biggest names in the industry, playing sold out festivals, being verified on Spotify and most recently the release of his new Like This EP which is available to buy on Beat Port or streamed on Spotify. Mancunians just do it different.