You are here: Home / Culture / Interview / Music / The Magic Gang: “Know that you’re no better than anyone else and no one else is better than you” 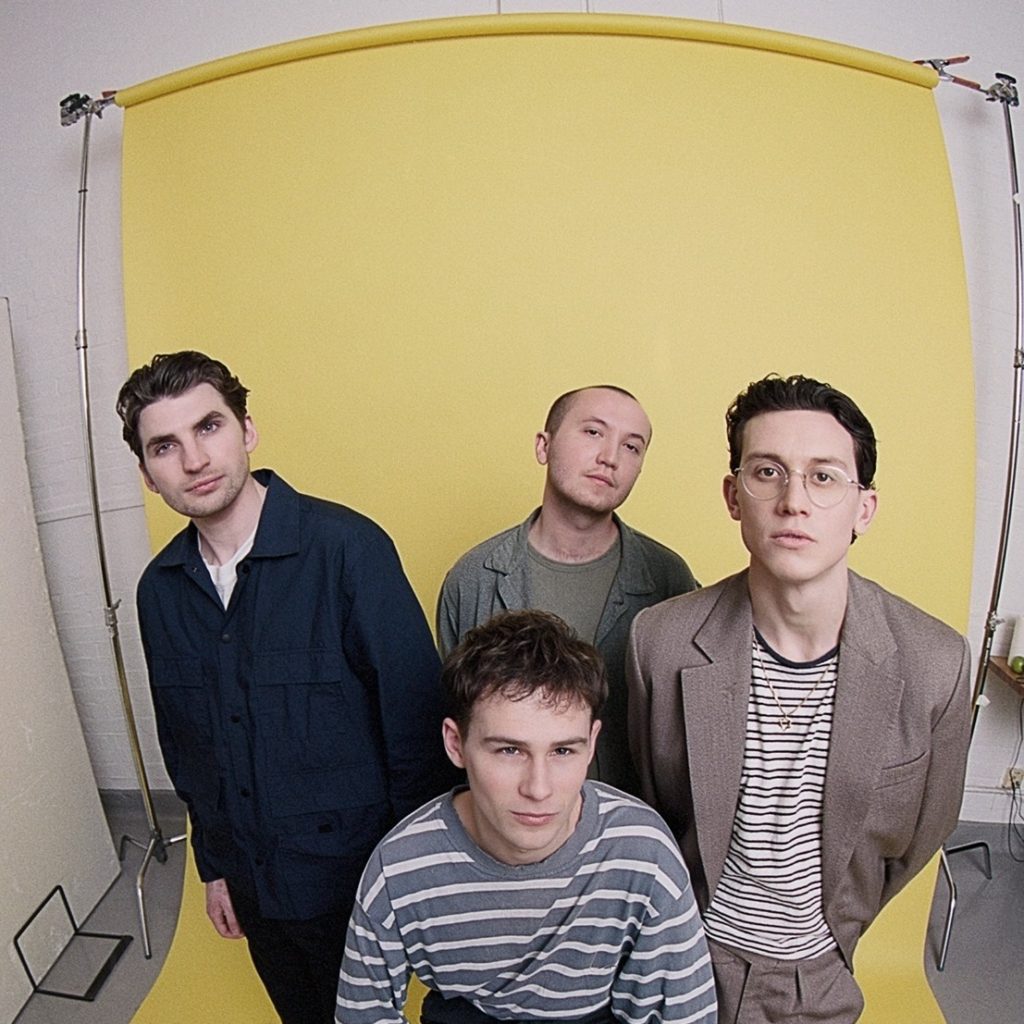 Indie-rock band The Magic Gang have become synonymous with sunshine melodies and sparkling guitars. The Brighton-based band should’ve been on an arena tour with indie legends, Blossoms and performing at various festivals over summer. Despite the understandable disappointment due to these cancellations, they’ve kept themselves busy with live streaming on Instagram and another Top 20 album release- making them anything but dormant. The four-piece consists of Jack Kaye (vocals and guitar), Paeris Giles (drums), Kristian Smith (vocals and guitar) and Angus Taylor (bass).

After a couple of EPs and their first self-titled album in 2018, the band have consistently demonstrated that they have mastered the art of the quintessential indie tune. However, their latest album, ‘Death of The Party’, shows a natural progression into the growing pains of adulthood alongside the memorable fun moments which accompany that period of life – it’s an exciting culmination of their lived experiences so far.

Recorded in Atlanta with Grammy-winning producer Ben H.Allen (Kaiser Chiefs, Deerhunter), their inspirations have turned to the likes of Alex Turner, Lou Reed and Jonathan Richman. They’ve taken experimentation in their stride, and a new, wider range of genres including disco can be heard on the album.

aAh! Magazine catches up with Jack Kaye over email, to discuss exploring new genres, touring, and the possibility of acquiring magical powers.

When planning your second album, did you have any initial ideas of what you wanted to create?

“I think it’s fair to say there were certain themes we wanted to move on from, the first album is quite romantically orientated – I guess that’s a slightly weird way of phrasing it, but after having written from the same perspective across the record it was quite easy to move into new territory with the writing. There was never anything set in stone about what we wanted to do, there’s four songwriters within the band so we’re constantly writing and learning so naturally you get four quite different takes, I guess the album is a combination of the songs that marry up the best thematically.”

How did you settle on ‘Death of The Party’ as the title of the album?

‘“Death of The Party’ was one of the first songs written for the record, so we lived with it for a while and it became the placeholder title early on and nothing topped it. During the writing of the album it became apparent that a couple of songs were written about the same night which made it all the more relevant. It also went under a few joke titles for a bit, none of them are appropriate to be committed to text, here or anywhere else.”

You seem to have placed an even bigger emphasis on the lyrical aspect of this album, how has your writing process developed?

“The first album is a combination of romantic sentiments, we used to write in a way where the song would be completed in its entirety with the lyrics being very much an afterthought – this time around a lot of the lyrics existed as stories and trains of thought long before anything was added to them. It just makes you think about the musical accompaniment in an entirely different way, without sounding too grandiose, it’s almost like writing music for composition.”

What prompted you to explore new genres such as disco in ‘Take Back The Track’?

“I think purely for the sake of not having tried something like it before, we’re all big soul and disco fans so it was a lot of fun to do something rolling and very simple. Our taste has naturally developed and changed since we wrote the first record, so expressing that sort of becomes second nature.”

Why did you choose to have an intro track and why were the bonus tracks added separately?

“That’s for you the listener, you’re welcome. It’s basically so you have the option to the point straight away or have it roll through, I’d find it annoying if you had a skip through to get to the actual song. Obviously the record was supposed to come out in May and because we delayed the release for so long we wanted to give the fans something extra, I’m sure the songs would have seen the light of day at some point, but it is nice to have the excuse to just get them out there.”

Which song are you proudest of on the album, and why?

“I think there’s a fair amount of progression comparatively to the last album but for me it would have to be ‘The World (Outside My Door)’. The version on the album is essentially a demo we recorded at home in Bournemouth sometime in 2018. It’s one of the more experimental songs we’ve done but it seems to be resonating with a lot of people which is always humbling. We tried to better it in the studio in Atlanta but we lost a lot of intimacy, so we just decided to make a few small additions.”

What are the biggest lessons that you’ve learnt during the last decade?

“This is far more personal but just to be as nice and welcoming as you can to other people, and to know that you’re no better than anyone else and no one else is better than you.”

You’ve got a tour planned for March next year, what have you missed most about touring?

“There’s a lot of things I miss – a big one is having an understanding of the newer songs resonate with a live audience and having a closer dialogue with the fans after a show. It’s nice to speak to a variety of different people and see what they like about the record, certainly gives you a couple of ideas for the setlist. I think we also forget sometimes that before we started the band, we’re close friends to begin with. We don’t live with each other any more, so when we’re touring you sort of reset into that old mindset of just trying to make everyone laugh as much as possible, and with that comes a lot of truly poor patter and in-jokes. But, we’re in a safe space so it’s good to get it out of your system for a few weeks at least.”

What are your next goals and do you have any more releases planned?

“We’ve already started writing material for the next release, we’re not sure when that’ll be with you but it’ll certainly be a smaller gap between releases. We’re keen to keep the momentum going as much as possible going into touring.”

What’s something that you haven’t ever been asked, but you wish you had?

“If you had to fight another four piece indie rock band to the death who would it be and why?”

Finally, in keeping with your band name, if you could each have any magical power, what would it be?

“I can’t speak for everyone but in this instance I have to because of the nature of this task – I would say it would be the power of hindsight but I don’t think any of us can be trusted with it personally – therefore, it will take form in some sort of annoying character with an uncreative name, ‘Hindsighty’ so something like that,  and we’ll call on them to be used when we’re writing songs to see how different ideas will go down to audiences at future shows. God that’s so dull.”

You can listen to ‘Death of The Party’ here and you can get tickets to their upcoming tour here.

Keep up with The Magic Gang: