You are here: Home / Culture / Opinion: Why Lucille Ball and ‘I Love Lucy’ Is So Important to Western Culture 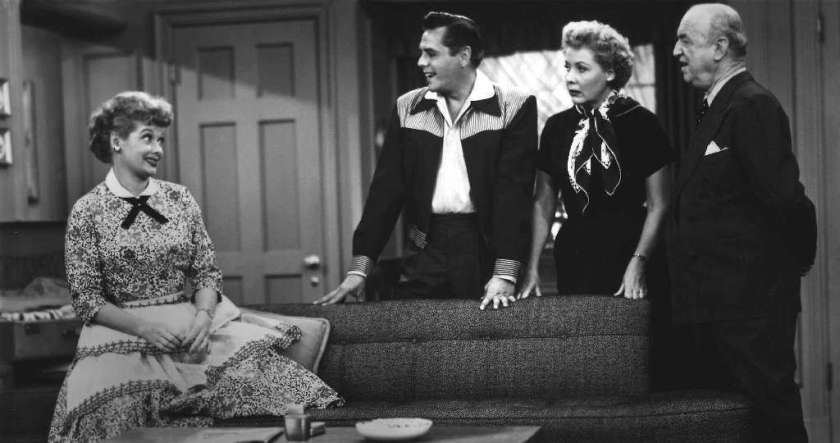 Born on the 6th of August 1911 in Jamestown New York, Lucille Ball went onto to become one of the world’s most recognisable TV actors of all time.

However, it wasn’t just her acting that made her so great, her comedic sensibilities, willingness to break taboos, and sharp focus on business made her one of the most important women in TV history, on-screen and off.

Getting her start as a Chesterfield ‘Cigarette Girl’, Lucille tried her hand at modelling and then B-roll film acting, before starring as the voice of Liz Cooper in the popular radio show My Favourite Husband, which formed the basis of the seminal show, I Love Lucy.

I Love Lucy ran between October 1951 and May 1957, spanning 181 episodes, focusing on the lives of Lucy and her real-life husband, Desi (known as Ricky Ricardo in the show) and their friends and landlords, Ethel (Vivian Vance) and Fred (William Frawley) Mertz.

The show depicted Ball as Lucy Ricardo, a middle-class housewife with the desire to be in show business and her husband Desi Ricardo, a Cuban bandleader. Described as ‘revolutionary‘ by the Huffington Post, their marriage paved the way for multi-ethnic marriages to be positively depicted on TV.

The TV executives at CBS weren’t fully on-board with this at the beginning, however, it took convincing from Lucy and Desi, with the help of their Vaudeville show, performed at New York’s famous Ritz Theatre (now the Walter Kerr Theatre) to convince them that the American public would be accepting of the couple.

Not only was their onscreen relationship a success, they broke social taboos by being one of the first TV shows to talk about, and depict a pregnant woman.

Typically in the fifties, women would be fired from their jobs if they fell pregnant. Instead of the show being taken off the air, or hiding Lucille behind pillows and counters, a method used still today to conceal actresses’ pregnancies, Ball’s second pregnancy was embraced and written into the show. It captivated American audiences.

By coincidence, Ball gave birth the same day as the pregnancy episode aired and was the day before President Eisenhower’s inauguration, completely overshadowing it.

It wasn’t just Lucy and Desi’s relationship that was considered before its time, Lucy and Ethel’s relationship was like no other. Based on mutual respect and admiration for each other, their relationship passed the Bechdel Test before it even existed. Whilst we make take the depiction of female friendships for granted today, this type of friendship was new for their time.

After Lucille’s and Desi’s real-life divorce, Lucille bought Desi out of their joint production company, Desilu, and became the first woman to run their own production company. A good businesswoman who just wanted to act, Lucile gave the green light to expensive, but promising productions such as Star Trek and Mission Impossible, which proved Lucille’s gut instinct a massive success.

The Big Bang Theory, Friends, Seinfeld, and I Love Lucy have one thing in common (other than being a sitcom). They were all shot using a multi-camera setup. Whilst I Love Lucy wasn’t the first to use this camera set up, it popularised it, and made it the preferred method of shooting a TV show, due to its proficiency.

In 2015 Kaitlyn Mitchell, writing for Bitch Magazine, found that only 20% of the comedians hired to perform at New York comedy club, Caroline’s, were female. This is just a microcosm of the gender disparity in comedy in the US today, but a good example of how male comedians are favoured over women.

Unsurprisingly, this problem was worse 70 years ago, where women could be pretty, or funny, but not both. Not professionally trained, Lucille Ball was a natural comedy genius, who knew just what facial expressions and physical comedy to do.

With a lack of female role models, Lucille looked to British silent-film actor and comedian, Charlie Chaplin, who influenced parts of her comedy.

In turn, Lucy inspired some of the world’s greatest comedians today, such as Carroll Burnett, who was a close friend and colleague of Lucy, as well as women such as Tina Fey and Amy Poehler. Lucy and Desi, though I love Lucy, created the basis of the modern sitcom, and were before their time in terms of the marriage on American TV. The sitcom that is almost 70 years old, stands the test time and is just as enjoyable today as when it was first aired.