You are here: Home / Culture / Entertainment / Opinion: Natalie Portman’s Coat is Not Activism 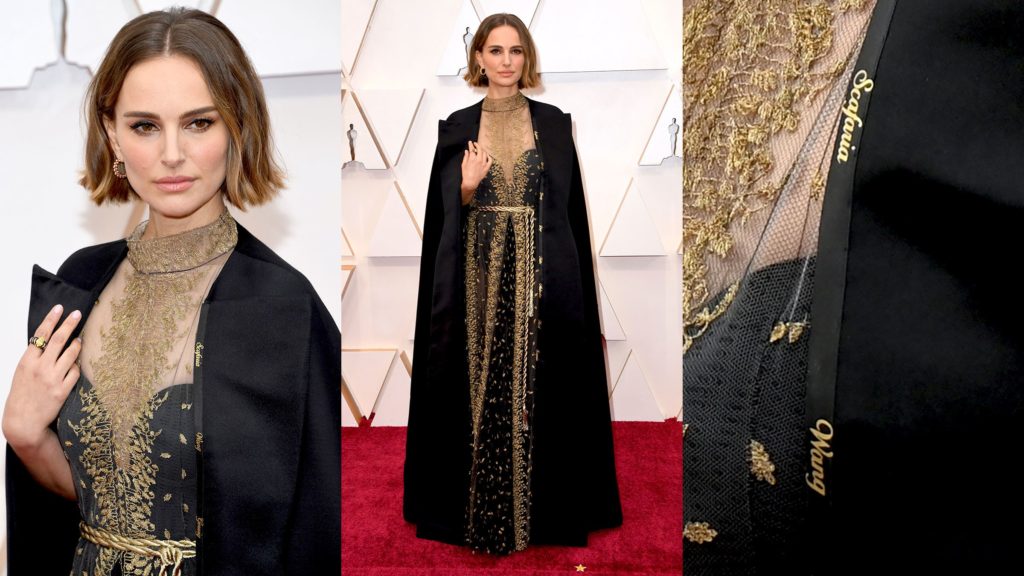 The Oscars were a couple of days ago, and like most people, keeping up with best (and worst) dressed on the red carpet is more important to me than the actual winners of the award show.

Israeli actress Natalie Portman, best known for her performances in Léon: The Professional (1994), V for Vendetta (2005) and Black Swan (2010) got people talking with her red carpet outfit at the 92nd award show.

Portman, wearing a black Maria Grazia Chiuri–designed Dior dress with gold embroidery, features a coat (a cape, to be exact) with the names of all the female directors who weren’t nominated this year.

Natalie Portman has been described as making a powerful feminist fashion statement. Writing for Vogue, Janelle Okwodu writes: ‘One of the biggest criticisms of the 2020 Academy Awards has been the lack of female nominees within the directing categories, and Portman’s look was an urgent reminder of this. The event marked the 10th anniversary of Kathryn Bigelow’s landmark Best Director win for The Hurt Locker, yet the Oscars failed to honor any of the women who defined the year’s film landscape.’

The 38-year-old actor said: “I wanted to recognise the women who were not recognised for their incredible work this year in my subtle way.”

Some have congratulated Portman, with one Twitter user, lc3lad_ calling her “iconic”.

But wearing a black Dior cape with name embroidery isn’t enough. It isn’t activism. She needs to be the change that she wants to see herself. This cape is performative, and makes her look like a hypocrite.

One Twitter user said: “I am so sick of performative (white) feminism being applauded, especially when Natalie Portman has a production company and it has only ever hired (1) female director: Her”.

Portman has only ever starred in two films with a female director over her 26 year career, one of them being herself. The other film is somewhat unknown called Planetarium, with French Director Rebecca Zlotowski, that grossed a mere $3,262 in the US.

Portman’s production company thehandsomecharliefilms have only ever hired one female director, that being Natalie Portman.

Joon Ho’s win has been dubbed historic and as as a win for Asians all over the world. While female representation is important in films, and behind them is important. Ignoring Joon Ho’s win with Parasite, ignores the racialised social hierarchy within Hollywood, and the US.

If Natalie want’s more female directors to be nominated for major awards, then she should use her power, influence and money to produce films with female directors. Until then, wearing the names of directors on the lapel of your dress is an accessory, not activism.