You are here: Home / Opinion / Opinion: “In a world of fake news, we should be able to turn to traditional press for the truth” 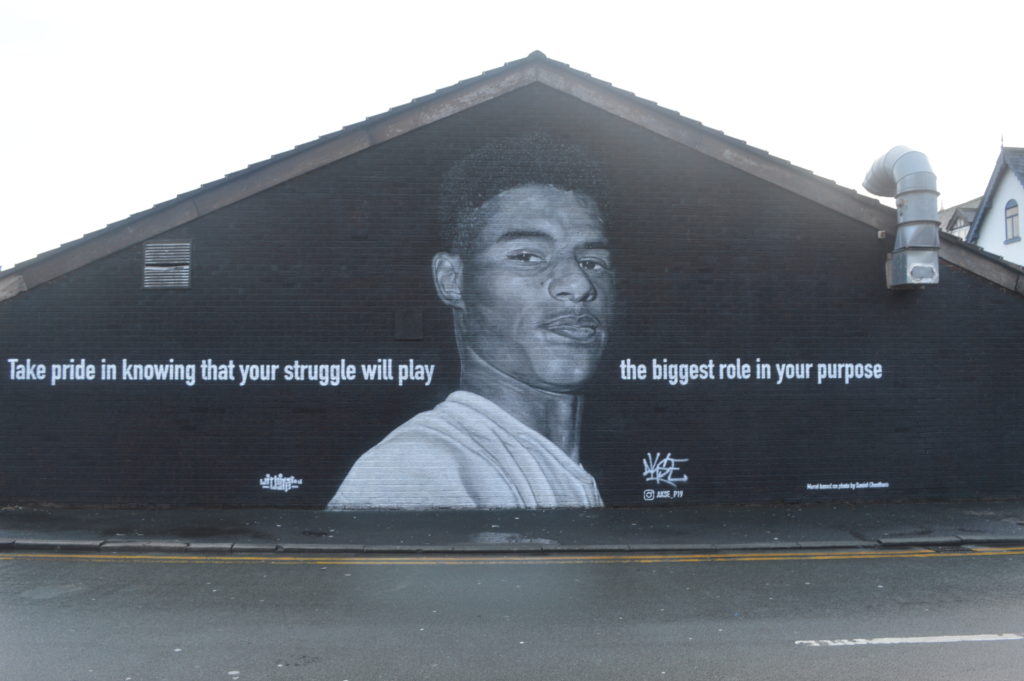 What are the most contentious issues in British society in 2020? Immigration? Brexit? Vaccinations? Civil liberties? The NHS? These are the issues that the press report on, yet do they do more than that? Do our newspapers manipulate the thinking of the British people? Do they increase racism? Hostility? Fear? The more we read, the more scared we become and the more divisions arise in society.

During the coronavirus pandemic, Premier League footballer Marcus Rashford, made the news for contrasting reasons. He was painted as both a working-class hero and a wealthy villain. Rashford used his ‘celebrity’ status to campaign against child poverty. This campaign effectively forced a government U-turn on providing holiday food vouchers to children who are entitled to free school meals. Over the summer, he received praise from the British public and the press for the significant difference that he has made to the lives of some of the poorest children in society (and rightly so) and awarded an MBE for his actions. He inspired school programmes, local initiatives and even street art (such as the mural shown above by street artist Akse). However, on the 14th November, 2020, The Mail on Sunday instead chose to go with the following headline: ‘What a result! Campaigning football star Marcus Rashford has bought five luxury homes worth more than £2 million’. Was the purpose of this headline to give the public valid news? I would suggest that instead this aims to turn public opinion against the footballer, which given his work for children, is reprehensible.

It is troubling that certain headlines and photographs seem to convey the opinion of the newspaper, rather than the news story it tries to tell. The headline is the hook that draws the reader in, if that hook is controversial or sensationalised, it may attract more readers. Is this an acceptable way to receive our news? This seems to impact the beliefs of society as a whole, or at least large sectors of it. Conspiracy theories are rife and their followers are growing in number every day.

Last year, Manchester City player Raheem Stirling took to Instagram to accuse the media of fuelling ‘racism and aggressive behaviour,’ when discussing the difference of reporting about black and white players. The Professional Footballer Association agreed that the negative press coverage of Sterling ‘emboldens racist rhetoric’. Despite the ongoing efforts to ‘kick racism out of football’ and the Premiere League’s association with the Black Lives Matter campaign, racism aimed at black players continues to increase. The media could be used to begin to extinguish racism, instead it often adds coal to the fire.

The recent Manchester Evening News article, ‘Over 7000 Chinese students flown into Manchester on 31 specially charted flights,’ featured another headline written to evoke the attention of the public. When shared on Facebook, the post induced angered responses such as this by one reader: ‘The country who gave the world this deadly pandemic has been allowed to send all these students over here, it is absolutely ridiculous, it should not be allowed.’ While others questioned the motives of the Manchester Evening News for reporting in such a way, with another commenter adding: ‘This is a really irresponsible post, designed purely as low-level click-bait which will no doubt encourage verbal and physical assaults against anyone of an East Asian appearance.’

The coronavirus pandemic has also highlighted the impact that political statements can have. More people are feeling passionate about politics, perhaps as a result of seeing MPs on the news each day or maybe because they feel that our government has let us down. Sadly, my opinion belongs to the latter group. The American President, Donald Trump, referred to Covid 19 as ‘the Chinese virus,’ a dangerous statement from a serving President of the USA. There has been a barrage of fake news that has backed up this suggestion, including conversations about catching the disease from a Chinese takeaway. These ludicrous suggestions fuel racial tensions. Hate crime against Chinese people has almost tripled since the beginning of the pandemic. Such misinformation and inaccuracies are discussed in more detail in an article from The Guardian: ‘No you won’t catch coronavirus from eating Chinese food. And don’t drink bleach’. This piece explored the hysteria caused by fake news and its real-world threat.

Lawsuits against tabloid papers, predominantly made by celebrities are on the increase, according to a report by Sweet and Maxwell. Illegal methods, such as phone-hacking, have been used by some papers and in other circumstances, it has been found that newspapers have shockingly just printed lies. Take the headlines in The Sun about the Hillsborough Disaster. On 15th April, 1989, during an FA cup game between Liverpool and Nottingham Forest, a fatal crush killed 96 Liverpool fans and injured 766. In the days following the tragedy the tabloid’s headline read ‘The truth’ and included subheadings such as, ‘some fans picked pockets of victims’, ‘fans urinated on brave cops’, and ‘fans beat up PC giving kiss of life’. The story went on to claim that ‘drunken Liverpool fans viciously attacked rescue workers as they tried to revive victims’ and ‘police officers, firemen and ambulance men were urinated upon’. The Taylor Report (a summary of which can be found here) in 1990 concluded that all accusations of drunkenness and violent behaviour by Liverpool fans were unfounded. A further report in 2012 absolved Liverpool fans of all blame, the editor of The Sun ‘apologised profusely’ but claimed that he too was misled (by the MP Irvine Patnick and Police Inspector Gordon Sykes).

There have been times when the tabloids could be considered as a force for good. The murder of black teenager Stephen Lawrence in 1993 initially only made local news and page 4 in The Independent, which quoted the police saying it was a “racial murder”. However, the case received more media attention when, visiting London, Nelson Mandela referred to it directly and accused Britain of putting “cheap value on black lives”. It is thought that the media coverage that followed forced ‘an unprecedented examination of the issue of race in British society’. It was clear that Stephen was an honest, intelligent young person; not involved in gang violence of any kind and with no criminal record. Stephen was described as an ‘aspiring architect’ with ‘a promising future.’ This is thought to be one of the reasons why the case became so prolific, he could have been anyone’s son, brother or friend. It shocked local communities as a result. On this occasion, the tabloid press chose to show its support for the victim, this young man who had been targeted by white right-wing extremists and murdered for being black. In an unprecedented move, The Mail printed the faces of five suspects on their front page, with a headline that read ‘Murderers’. The paper led an 18-year campaign to bring justice for Stephen Lawrence. Two men were finally found guilty of his murder in 2012 and an internal investigation has proven police corruption and institutional racism.

The media therefore can be a force for good and bad. Watching ‘Social Dilemma’ on Netflix gives a frightening glance into the power of social media and its capacity to influence. It revealed that fake news is spread six times faster than real news. Even when the news is real, the way in which its portrayed can be more damaging than not telling the story at all. The Guardian branded the recent article about Rashford’s wealth as a ‘sinister attack on a young black man’. Ted Verity, the current editor of The Mail on Sunday, denies there is anything insincere about the article, stating that the subject matter is simply ‘interesting’.

Our newspapers are there to deliver our news. In a world where fake news is rife, we should be able to turn to our newspapers for the truth. Instead, opinion is written as fact, as they manipulating us; the reader, often without us even realising.