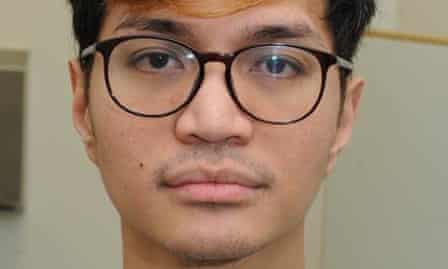 Manchester Metropolitan University is offering support for any students or staff affected by the serial rapist Reynhard Sinaga, who has been jailed for life with a minimum of 30 years for 159 sex offences, including 136 rapes.

A former student from the University of Manchester now thought to be Britain’s “most prolific rapist”, Sinaga was found guilty of 136 counts of rape, eight counts of suspected rapes, 14 counts of sexual assaults and one count of assault by penetration, against a total of 48 male victims across four separate trials.

The offer comes as staff, students and alumni from the university have reported being directly or indirectly affected by his actions.

Sinaga is already serving 88 concurrent life sentences with a minimum of 20 years before he can be considered for parole, following his first two trials. Since then he has been convicted of assaulting a further 23 victims.

Manchester Metropolitan University has offered support to those affected, saying:

“We are aware that several members of our student and staff community (past and present) are directly or indirectly affected [by Sinaga]. Our thoughts are with them and we applaud their bravery, and that of all the victims, in assisting the police.

“The welfare of our students and employees is our top priority at all times. Our Counselling, Mental Health and Wellbeing services are available to provide help and support to students, alumni and employees affected by this case, including referral to specialist services available within the local community.”

Described by the Crown Prosecution Service (CPS) as “the most prolific rapist in British legal history”, police believe that there could be up to 190 victims, as Sinaga filmed his attacks and kept videos, personal items and information from his victims as “trophies”.

Sinaga would then search for his victims on social media and boast about his conquests to friends via text. To a friend, Sinaga wrote: “He was straight in 2014. 2015 is his breakthrough to the gay world hahaha. Well, he was straight until we woke up naked”.

Most of Sinaga’s victims were young men in their late teens or early twenties who had been out drinking, often in nearby nightclubs. Some were on their way home, whilst some had become separated from their friends.

Operating in a small area from his flat, many of Sinaga’s victims were too drunk to remember conversations with the rapist, and those who do don’t remember any indication of sexual motivation.

Using the nickname “posh spice”, Sinaga presented himself as seemingly non-threatening to his victims. His thin, slight build and short stature made him seem harmless and allowed Sinaga to pose as a ‘good Samaritan’ and coax men back to his apartment.

Caught in 2017, Sinaga’s attacks only came to the attention of the police when an 18-year-old man managed to fight Sinaga off in the early hours of the morning and was able to grab Sinaga’s iPhone before leaving the apartment.

The victim handed Sinaga’s phone to the police who discovered 3.29 TB of extremely graphic material depicting Sinaga’s assaults, equivalent to 250 DVDs or 300,000 photos.

Judge Suzanne Goddard QC described Sinaga as a “dangerous, deeply disturbed and perverted individual with no sense of reality, who should never be released from prison”.

Sinaga claimed his victims were “enjoying acting out his sexual fantasy of playing dead during intercourse”, but the defence was described as “ludicrous”.

Manchester Metropolitan University has offered a number of specialist support helplines for anyone affected by Sinaga. They can all be found here.

Greater Manchester Police urge anyone who believes they might have been attacked by Sinaga can report information online or call its police line on 0800 092 0410 from inside the UK or 0207 1580124 from abroad.