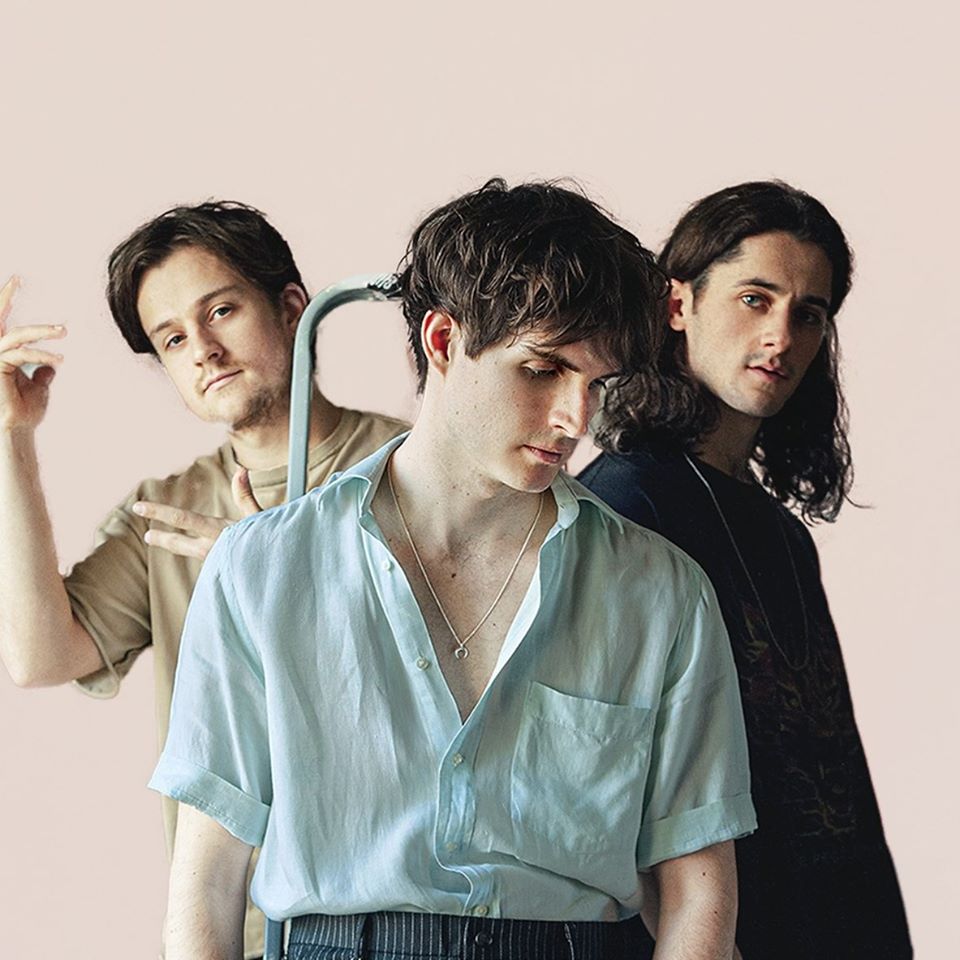 Not many bands can blend genres so easily or as smoothly as Cassia. The Manchester-born group released their debut album Replica last year and were awarded an abundance of acclaim for their efforts. It was a masterpiece in combining tropical sounding melodies, with well-placed indie-rock twists. They proceeded to charge into the beginning of 2020 with their melodic and soothing single ‘Do Right’, keeping their unique style and songwriting prowess at the forefront of their efforts.

Cassia has proceeded to bolster their previous releases with latest track ‘Drifting’, a topical number hallmarked with a catchy chorus, demanding to be heard at a festival. They’ve also combined honey-like vocals with smooth guitars, to give a full-bodied sound to their latest number. This rising three-piece consists of lead vocalist and guitarist Rob Ellis, bassist and vocalist Lou Cotterill and Jacob Leff on drums and vocals.

The band have gone from strength to strength since their formation, having had their music heard at the Baftas and receiving a large amount of radio support across all channels from Radio 1 to Radio X. They made their mark all over the country last year by touring and playing at the biggest festivals in the industry. Renowned for their live performance, they were previously nominated for Best Live Act at the Association of Independent Music Awards, in the same category as indie heavyweights Idles and DMA’s. This was impressively topped off with over 12 million streams on Spotify.

We caught up with vocalist and guitarist Rob Ellis over email, to discuss what grabbed their attention about the film Interstellar as inspiration for ‘Drifting’, the role of the musician and how they’re finding staying connected to fans during the current situation.

After your debut album Replica gained a top 40 position, was there any pressure for follow up releases?

“I think the pressure wasn’t because of Replica gaining a Top 40 position, rather than us not having released in a year before ‘Do Right’. After this long, we really felt the pressure as we didn’t want to disappoint fans that have been waiting for quite a while!”

You‘ve said that you have a new and growing studio ‘Casa de Cassia’ in Berlin, did the new location help push you out of your comfort zone for ‘Do Right’ and was the production totally different?

“Having our own Studio has been absolutely amazing. It has definitely changed the way we work. Now we can spend more time with a song and its production and don’t have to rush to get everything done within the time we have in a studio. We still make sure we stick to a timeline to not take too long of course but it’s been an immense thing for us to be able to work on a song and then let it sit for a little bit before picking it up again.”

How did you come to collaborate with Althen & Heidtmann on the music video for ‘Do Right’, and what was the inspiration behind the video?

“Both of them are these young talented guys that run their own movie production company Bardamu Film. Our manager is super close friends with Artur Althen from when they were kids and we were really excited to work with them after seeing their previous work! The idea came together after many late nights and a lot of beers. The final inspiration kind of came when we thought about how long we hadn’t released anything and what some people might think that we have done in this time.”

During isolation, you’ve released a guitar lesson and bedroom rendition on YouTube for your track ‘Do Right’, and even taken part in a Netflix Party. How have you found connecting with fans during this time?

“It’s been really interesting finding new ways on how to connect with fans whilst we can’t tour but we’ve been enjoying coming up with new ideas on how to do that and it’s actually been great being able to have the time to get to know our fans better!”

You’ve said before that you wrote ‘Do Right’ at Jeremy Loops house in Cape Town. What has been the most unexpected way you have written a track?

“Yeah ‘Do Right’ was written in Cape Town at Jeremy’s house which was really great and probably the most unexpected one really. The vibe in Cape Town was really inspiring and the song just felt like it came together so quickly and easy. But I guess everything feels easier when you can step outside for a minute and have sunshine and the ocean around the corner. Definitely different to writing back home.”

Many artists have held back releasing new music, why did you choose to release it on time?

“We’ve had that chat with our team and all came to the conclusion that it wasn’t the time to sit still rather than speed it up even. Whilst everyone is sitting at home, they listen to music so we thought it would be a great time actually!”

What initially grabbed your attention about the film Interstellar as inspiration for ‘Drifting’?

“’ Interstellar’ was a mind-blowing movie to watch. It’s just so well done and keeps you on your feet through the whole movie. When at the end it all comes together it just blew my mind and I couldn’t stop thinking about it. The initial lyrics for drifting were very close to the storyline! Since then the song has changed a lot and we’ve adapted the lyrics to the new vibe.”

You’ve previously stated that ‘Drifting’ is about “Not having control over what’s happening”. How did you find the writing process and the development of the track?

“For us during periods of writing and recording, we don’t really leave the studio anyway, so that part didn’t change but the thought of all the stuff that was going on outside was definitely making us feel quite weird and aware of the situation. We’ve relocated to Berlin to write our album, so we haven’t seen our family in a while and with corona there wasn’t any way of going to see them and that definitely also influenced the track with the way we felt!”

Do you feel that a musician’s role is more important than ever in today’s times?

“I think there were many times where the musician’s role was way more important than it is now, to be honest. If you look at the protest movements of the 60s where music played a vital role for example. But I do think that in every moment in time music has a massive importance to accompany people in their daily lives and struggles and pleasures of course. We felt like we can help a little in this time by releasing music that makes you feel good and maybe leave behind a bit of the troubles going on right now.”

You’ve been previously nominated for Best Live Act at the Association of Independent Music Awards and toured over 80 shows last year. How have you found keeping things together without the live shows?

“This year has definitely been such a change to how our last couple of years looked. It’s pretty mad to not have played shows in ages and also to not know when the next ones will be. However, we’ve been keeping super busy just writing and recording new music, which we can then hopefully play for everyone once shows are back on.”

What are your plans and goals for the future in moving forward once this period is over?

“I mean I guess like every other musician we just want to get back out there with new material. Our goal is to really step up our game with this new stuff and to spread the word further.”

We may not have the chance to celebrate this summer on a beach with a cocktail in hand, but at least with Cassia’s latest offering ‘Drifting’ providing the atmosphere, it’ll at least feel like we are. Their latest release will also surely prove once again, that this band have no plans of ‘drifting’ off course from stardom any time soon.

‘Drifting’ is out now!

Be sure to keep up with Cassia’s socials: