You are here: Home / Uncategorised / “Closing gyms will do more harm than good”: Why a local gym owner is refusing to close her business during Lockdown 2 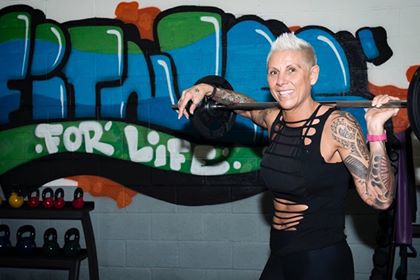 The government have taken the decision to close gyms during this second ‘national lockdown’, despite expert input that they aren’t transmission ‘hotspots.’ But is this fair? We are aware of the link between exercise and wellbeing, so should physical health always take precedent over mental health?

According to the Samaritans, there were 5,691 deaths in England and Wales as a result of suicide last year. That’s 321 more than 2018, that was pre-Covid and before the anxiety, sadness and isolation that lockdown has brought for so many.

According to a study carried out by UK mental health charity MIND, people who were previously well are now living with mental health concerns as a direct result of the pandemic. Amongst those already experiencing poor mental health, two thirds have reported their mental health as “getting worse” over lockdown.

Could we be creating a bigger problem than we’re fixing? And is it our lack of understanding about mental health, that stops us prioritising one of the nation’s fastest growing epidemic?

Jayne Deakin, a gym owner from Greater Manchester, has refused to close her gym during the nation’s second lockdown. Jayne believes that Covid is no more dangerous than it was a week ago when gyms could open and the stringent safety measures in place in her gym, Fitness for Life in Bury, has meant that they haven’t had a single case of Covid-19 reported.

After sharing her story with the Manchester Evening News, Jayne received supportive comments alongside a barrage of criticism from members of the public. Some commenters branded her actions “selfish and greedy”.

Speaking to aAh!, Jayne passionately details her current position, explaining: “My members were devastated when the news of the second lockdown came out. In the summer, we at least had our gardens. Winter causes depression anyway and lots of people suffer from Seasonal Affective Disorder. Closing gyms will only make this worse.”

Jayne is amongst those who believe that the government has made the wrong decisions on what they consider to be “vital”. This time, more businesses and public places have been allowed to remain open, unfortunately for gym owners and those who regularly use their facilities, this doesn’t include gyms.

“I can’t believe they’re saying gyms aren’t vital, and yet you can get a McDonald’s delivered? It makes no sense,” says Jayne.

“We have an obesity crisis in this country and we know that being obese puts you at a greater risk if you were to catch Covid. I worry for mental health, too.

“Our gym is a community, for some people it’s the only time they see other people. We are following all of the correct measures; I really believe closing gyms will do more harm than good.”

Amongst those affected by the closing of gyms is avid gym-goer and fitness enthusiast, Laura Walford, a social worker from Newscastle-under-Lyme.

Laura felt upset by the lack of social distancing in supermarkets when gyms had been made to close completely.

“Since I’m a key worker, and worked the whole way through [the previous lockdown], gyms reopening meant I got some stress relief and my sanity back,” explains Laura.

“To make matters worse, my gym had followed guidance by offering one-to-one PT sessions in the car park, which the police attended and said was fine. The council then came yesterday [Friday] and said it was not allowed as it was on private rather than public land. It makes no sense whatsoever.”

In addition to escalating rates of infection and the death toll rising daily, there have been serious implications for local businesses as a result of the pandemic. Mayor of Greater Manchester, Andy Burnham, fought against the government imposing Tier 3 restrictions in the city without financial support from the government, to save businesses from “catastrophic restrictions”.

In a statement released in October, Burham indicated that he felt the government had misled the public by “raising public concern about the state of the NHS in Manchester with selective statistic.”

He went on to say that the level of patients in intensive care was “not abnormal” for this time of year and comparable with the 2019 October figures. After failed negotiations where Burnham refused a £60 million offer to help Manchester transition into Tier three, the government decided to bypass him and distribute money to Manchester’s individual borough councils.

Jayne reflects on the financial implications this second lockdown could bring to her business. She explains, “The first lockdown put us massively behind. I do everything myself here, including the classes. One £10,000 fine would put me out of business, but I feel that I must stand up for what is right, even if it costs me everything.”

Since the beginning of the pandemic, the country has watched whilst the domestic violence figures have raised significantly. In a survey carried out by Women’s Aid, 72% of responders said that their abuser has more control over their life since Covid 19 and over two thirds confided that the domestic abuse has escalated during this period. Some women have reported being kept without food and medication as they are dependent on  their abusers to provide this.

While there haven’t been any extensive studies that relate lack of exercise due to covid lockdown restrictions with higher rates of domestic abuse, exercise has been proven to reduce instances of depression, stress and anxiety. Research has also proven that adverse childhood experiences, one of which being having a parent with poor mental health, can lead to numerous long terms consequences; including alcoholism, teen pregnancy and various diseases. In a 2019 study, it was found that Hurricane Harvey in Texas increased the incidents of domestic abuse and child abuse, there are fears that the stress brought about by Covid 19 could imitate these findings.

For close-knit community gyms such as Jayne’s, they offer a place to go that members are familiar with, to see friends and get out of the house for a positive reason. Both socialising and exercising have been proven to have a positive impact on mental health, with some doctors going as far as prescribing gym memberships as a treatment for depression.

Jayne adds, “Sometimes people come in feeling a little low, stressed with life, especially this year. But honestly, after just 30 minutes of exercise and releasing those endorphins, you can see that they are lifted, it completely transforms their mood and general wellbeing.

“It also keeps people mentally alert and active. Surely this is better than being put on medication for depression and anxiety.”

Can’t we exercise outside?

The new lockdown rules mean many outdoor spaces will remain accessible, including most National Trust gardens, local parks and play areas. The public can also leave the house for exercise an unlimited amount of times and, if alone, can even meet another adult from another household to engage in this exercise in a public place. Mental health charity MIND outlines numerous benefits to be outdoors and experiencing nature in their ‘Nature and Mental Health guide, such as ‘improving mood’ and ‘reducing feelings of anger.’

However, with cold weather and dark nights fast approaching, is this reasonable? Issues such as confidence, safety, security and the declining temperature will all be taken into consideration by those contemplating exploring the great outdoors at this time of year.

For those living in cities or other built up areas, or those without access to transport, this could be more difficult than for those who live in rural areas where nature can be more readily accessed.

Jayne explains: “Exercise is beneficial to physical and mental health, I really believe that closing gyms will have serious long term consequences. I don’t take this lightly but I have to stand up for what’s right.”

aAh! Magazine would love to hear your thoughts on this issue. Do you think gyms been allowed to remain open during lockdown? Does physical health always take precedence over mental health? Join the conversation over on Twitter @aAh_mag.

If you do need to access support for your mental health during this time, there are a number of services available.