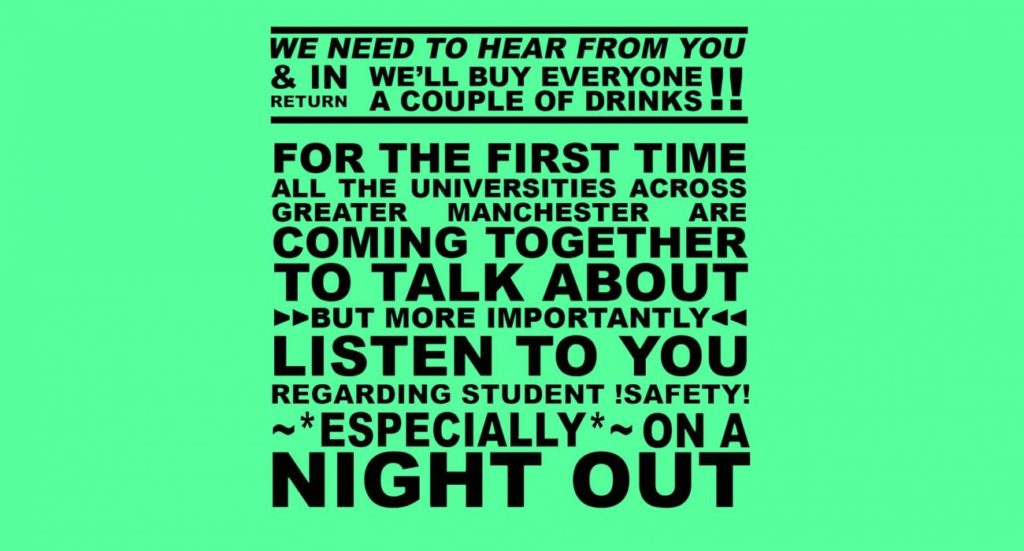 Universities across Greater Manchester are coming together to talk about staying safe in Manchester, especially after dark

The event is run by the Greater Manchester Student Assembly and will open discussions with universities across the region about the importance of student safety in times when crime is high, particularly on nights out in the city.

Burnham and Lord will be joined on the panel by Figen Murray, whose son Martyn Hett died in the Manchester Arena bombing in 2017. Nick Pope, whose son Charlie drowned in a Manchester canal, will also be present to facilitate the discussion on how to improve student safety in the city.

The Greater Manchester Police (GMP) has reported 1,312 rapes or attempted rapes this year so far as well as 1,595 hate crimes as of summer 2019.

This event is a chance to address the issues of crime in the city, seek advice and assistance and to gain a wider perspective on how you can stay safe on a night out as well as help people you know. This is also an opportunity for people to meet others who are wanting to voice concerns.

The event has been endorsed by BBC Radio 1 presenter Annie Mac. She said, “Safety on a night out is so important; whether we’re clubbing or just going out with friends. We have to look out for each other!”

“I’m delighted that for the first time, all the universities across Greater Manchester are coming together, along with the Mayor, Andy Burnham, to start openly talking about safety issues on a night out, and creating something that can be spread around the whole city region.”

Student Safety Session will take place on Thursday, 28th of November at the The UnionMMU at 5:30pm. You can register for a free ticket online and RSVP via Facebook.