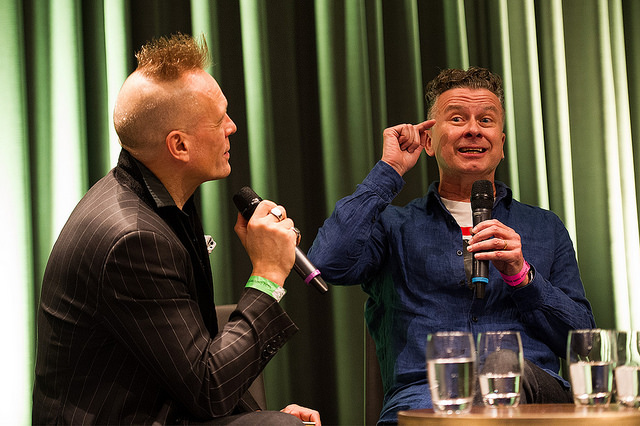 The UK’s biggest music-based literature festival Louder Than Words returns to Manchester for its sixth incarnation on 9th-11th November.

The weekend will open with BBC Radio 1’s Gemma Cairney in conversation with the third year Multimedia Journalism students from Manchester Metropolitan University. Drawing on her own life experiences and the insight from her time as Radio 1’s resident agony aunt at The Surgery, Gemma will be discussing her book Open: A Toolkit for How Magic and Messed Up Life Can Be, as well as answering the audience’s questions on topics ranging from mental health to first love. 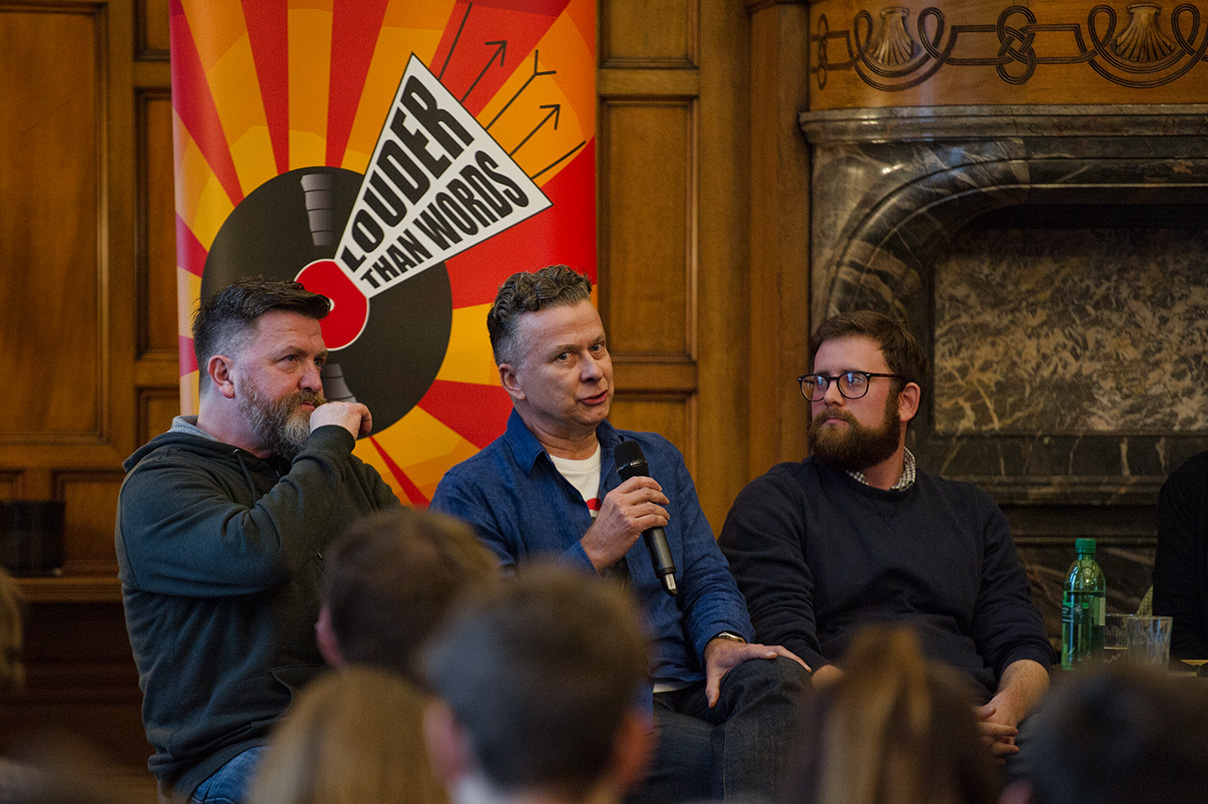 More panels, In Conversation discussions, Q&As and performances will take place over the weekend, showcasing big names such as Ian Rankin who will talk about the influence of music on his novels, and current Pink Floyd bass player Guy Pratt who will perform his one-man show The Inglorious BASSterd. Writer and the Haçienda’s last ever DJ Dave Haslam will discuss his memoir Sonic Youth Slept on my Floor, Jordan will look back on the punk revolution with Cathi Unsworth, while Lucy O’Brian will chair a panel about Madonna as a gay icon.

Elsewhere, Chris Difford will talk about his life, including Squeeze, and you will be able to meet Rough Trade owners Geoff Travis and Jeannette Lee as they tell Louder’s John Robb about finding the ‘next big thing’ and keeping ahead of the game. Andy McCluskey from OMD will present the first official biography of the legendary electronic band since 1987’s Messages, and David Gedge from The Wedding Present will talk about his fanthology Sometimes These Words Don’t Have To Be Said, a collection of over 400 fan memories and insights from collaborators throughout the band’s career. Kevin Cummins will discuss his photographs of Morrissey, while Sheila Rock will talk about her photography with Rudi Esch (Die Krupps).

Since its first edition in 2013, the Festival has hosted some of the most significant music personalities of the last few decades, but it looks to the future, too, celebrating new voices in music and journalism. The Wilko Johnson Writing Award 2018 will make a welcome return, and there will be a plethora of workshops and events on topics such as writing, getting published, DJing and music law. The Poetry Slam will see teams of young performance poets from both sides of the Pennines compete in a friendly slam known as The War of the Roses. This is a continuing collaboration between Louder Than Words Festival and Wordsmith, a community organisation that works primarily with young people, delivering performance poetry projects.

Attendees will get a rare opportunity to get up close to the stars usually only seen on the stage, as the Festival is taking place in the much more social atmosphere of the elegant Principal Hotel. For the weekend, the hotel will become a veritable hub of the most exciting music culture, hosting the many events in its newly refurbished baroque rooms.

Tickets are available from www.louderthanwordsfest.com and start at £6 for single events up to £70.66 for the weekend pass. Students can get a discount by typing in the code louder2018discount at the checkout.

Maia Nikitina is studying Creative Writing at Manchester Metropolitan University. Her stories have appeared in The Crazy Oik, Necessary Fiction and Manzano Mountain Review. She was highly commended at Manchester Fiction Prize 2017 for her story The Sea Creature. She is currently working on her first novel.