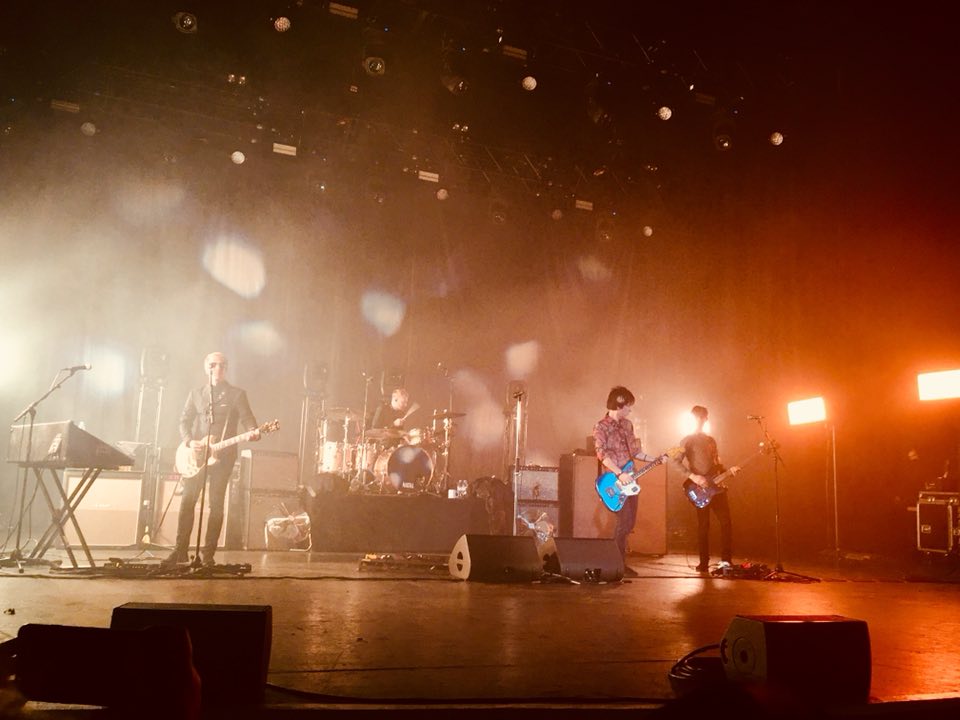 On Sunday 18th November, Manchester legend Johnny Marr returned to his home territory as he brought to close the UK leg of his Call The Comet tour with a sold-out appearance at the Manchester Apollo. Just a few streets away from Marr’s childhood home in Wythenshawe, the venue clearly resonated with particular significance, and the ninety minute concert carried all the celebratory ambience of a long-awaited homecoming, with Marr last appearing at a Manchester venue in 2015.

Having risen to fame with The Smiths in 1983, Marr has since sustained a prolific career which has seen him work with the equally legendary likes of Joy Division/New Order’s Bernard Sumner, The Pretenders and Talking Heads. Call The Comet, released in June, marked Marr’s third studio album release as a solo artist.

Support group Crewel Intentions opened the evening with an eccentric and accomplished performance that carried distinct Suede-esque vibes, and were met by considerable enthusiasm from audience members.

Marr’s set then opened with ‘The Tracers’, the first single to be released from Call The Comet and the song containing the lyric from which the title derives. Characterised by layered instrumentals, jubilant whoops and speculative lyrics, it set the tone for an evening of musical innovation, philosophical musing and, above all, a pervasive joy that marks Marr out as someone who obviously truly loves his work.

Throughout the course of the evening, Marr showcased a further eight of Call The Comet‘s twelve tracks, demonstrating with seeming ease the breadth of his talent, from the clinical ‘New Dominions’ to the soaring and sanguine ‘Spiral Cities’ to the deeply moving and beautiful ‘Hi Hello’, a tribute to Marr’s love for his daughter, Sonny. Marr also performed two particularly favoured tracks from his previous solo album, Playland‘s ‘Boys Get Straight’ and ‘Easy Money’, along with the ‘Hi Hello’ single’s B-side, ‘Jeopardy’, to palpable enthusiasm from the audience.

While Marr moved far beyond demonstrating his capacities as a solo artist, however, he is clearly not ashamed to acknowledge the enduring adoration of the work that made him famous. Along with two songs by Electronic, his 90s collaboration with Bernard Sumner, he played five Smiths songs throughout his set, following ‘The Tracers’ with the thunderous ‘Bigmouth Strikes Again’, and later playing the jangling ‘The Headmaster Ritual’ and the haunting ‘Last Night I Dreamt That Somebody Loved Me’. He closed the set with a phenomenal performance of ‘How Soon Is Now?’, during which he proved himself to be one of the greatest guitarists of our time as he recreated the reverberations of the song’s infamous riff by tuning and un-tuning his guitar as he played. During his encore, which also consisted of Call The Comet‘s punchy ‘Rise’ and ‘Bug’, he also treated fans to perhaps the most beloved of The Smiths’ catalogue, ‘There Is A Light That Never Goes Out’, inviting the audience to participate in the performance as he sang the lines “and if a double-decker bus crashes into us…” and “and if a ten-tonne truck kills the both of us…” before stepping away from the microphone and allowing the audience to supplement their conclusions, “…to die by your side is such a heavenly way to die” and “…to die by your side, well, the pleasure, the privilege is mine.” Smiling widely throughout, it is patently obvious Marr holds genuine love for his fans. 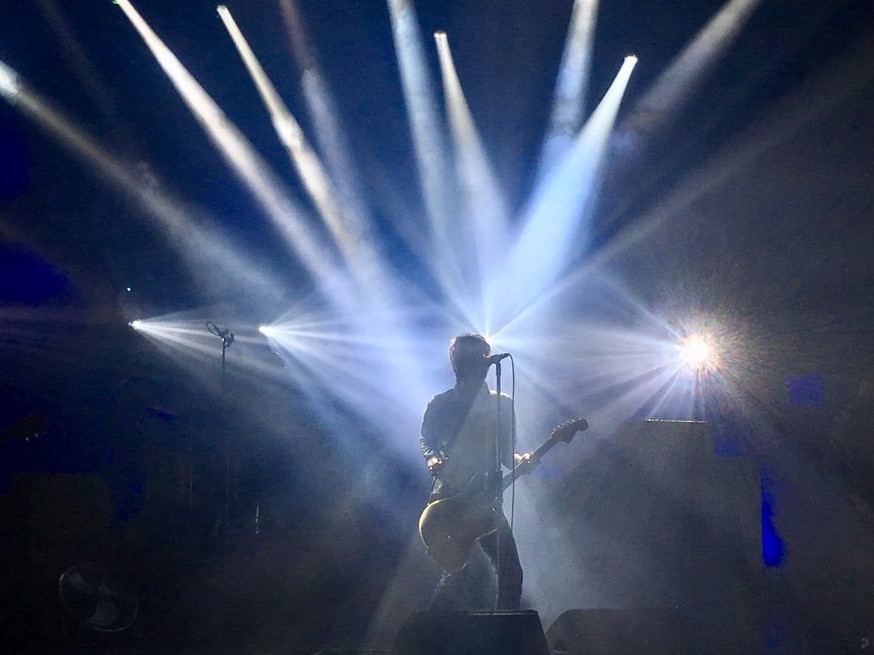 A playful air ran throughout the entire set, when, for instance, Marr launched into an incongruous cover of Kylie Minogue’s ‘Can’t Get You Out Of My Head’ which drew ripples of laughter from the audience, before cutting off midway through and joking “it’s funny to me that I know that Kylie song and I don’t know [The Smiths’] ‘This Charming Man’,” allowing the audience to shout protestations for a few moments before he laughingly said “whoa, what just happened? Mass panic attack! Don’t freak out, Manchester, I’m just joking,” and teasingly launched into the infamous opening riff to manic applause before breaking off and saying “see?” Marr also demonstrated that for him, music is anything but vapid, as he altered the ‘Bug’ lyric “farm got took away, took all our privilege” to “Trump and Theresa May took all our privilege” to applause which proved that Manchester’s heart hasn’t strayed far from its socialist roots.

Marr finally brought his electric set to a close with a final Smiths song, the bittersweet ‘You Just Haven’t Earned It Yet, Baby’. If his Apollo appearance was anything to go by, it’s safe to say that Johnny Marr has more than earned his success.