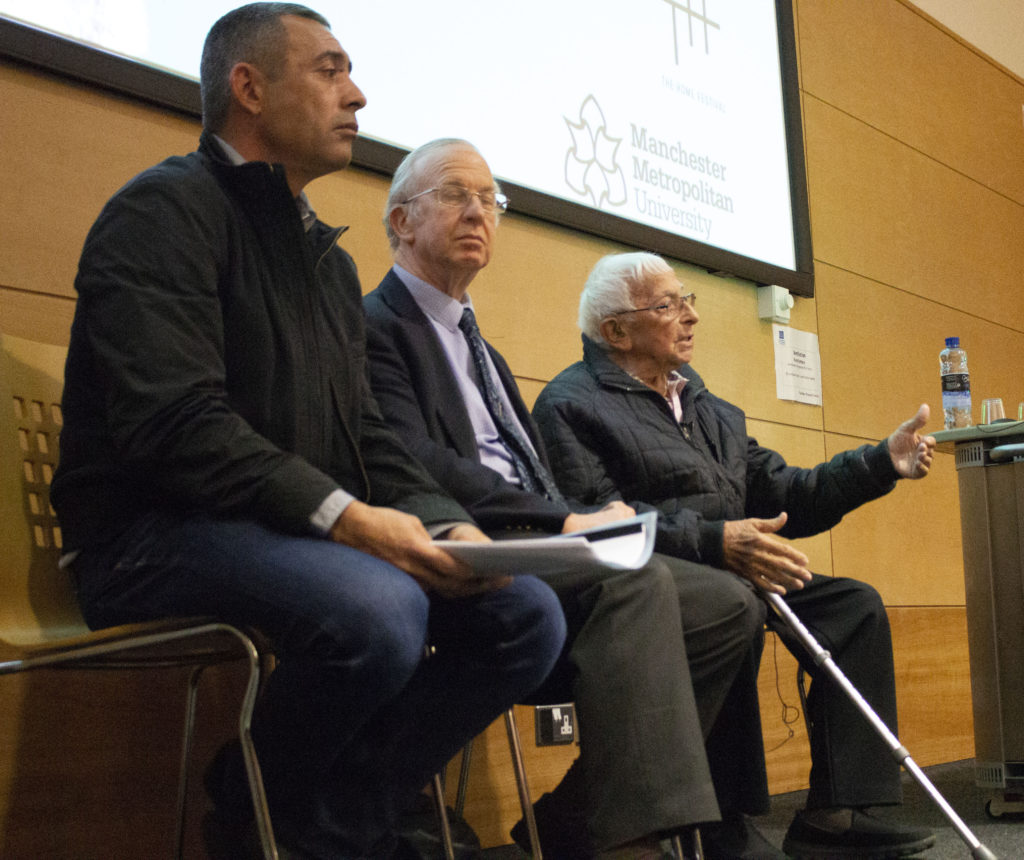 89-year-old Holocaust survivor Sam Gontarz was welcomed to Manchester Metropolitan University this week, to deliver a talk as part of The Home Festival.

Students and staff gathered to listen to Sam’s harrowing and awe-inspiring story, as he was joined by his son Robbie and Manchester Reform Synagogue’s Rabbi Silverman. Robbie read out his father’s emotional story, which took the audience on a journey through what is arguably Europe’s darkest period of history.

From the most deprived ghettos of Poland, Sam witnessed the senseless killings of Jewish people by Nazi soldiers and his father’s death from Typhus, leaving Sam and his family to fend for themselves. Upon being sent to Birkenau – a combined concentration/extermination camp within the network of Auschwitz – Sam was forcibly separated from his mother, sister and brother. All alone, he endured the agonising tribulations of life in various concentration camps across Europe. 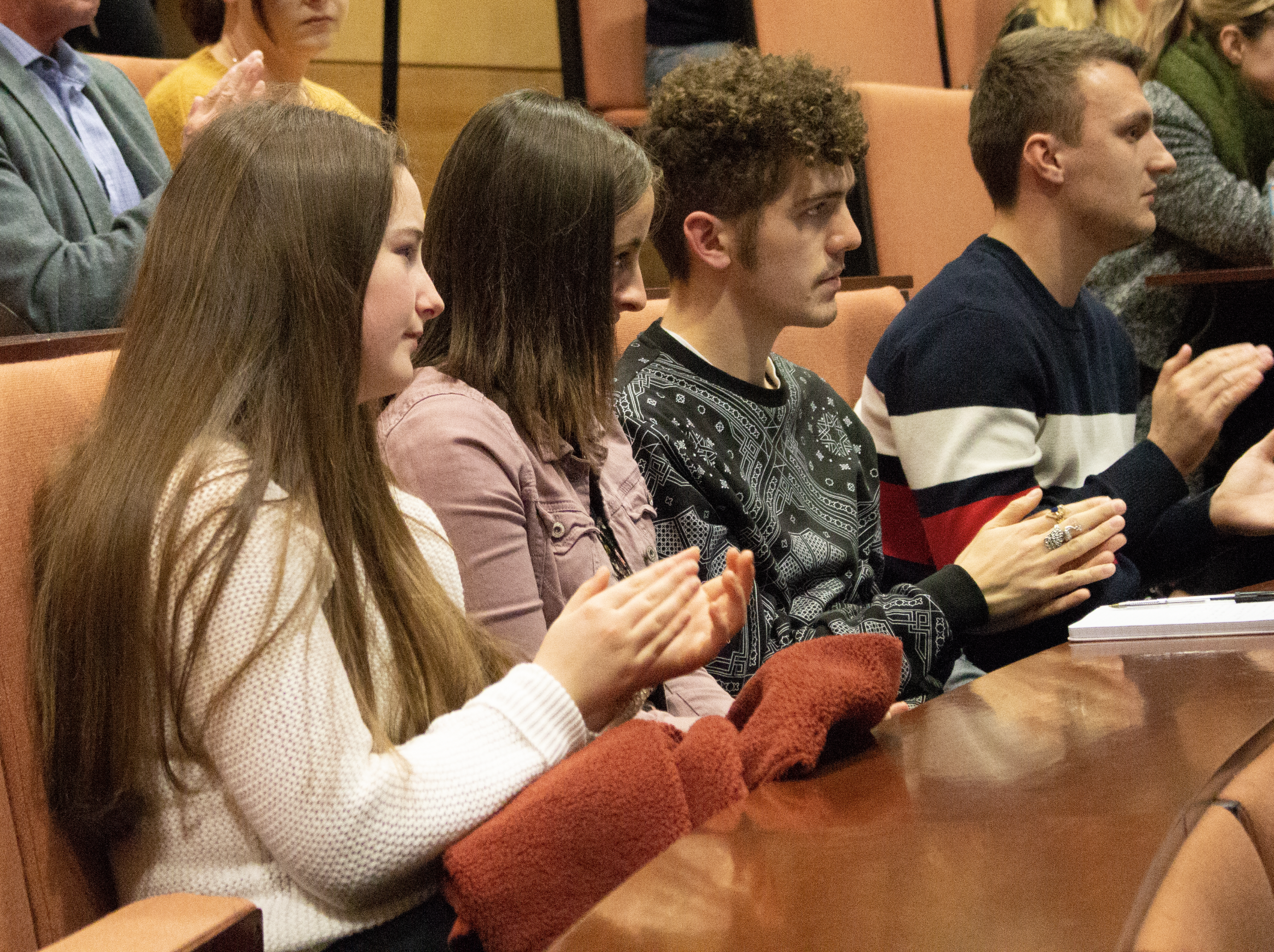 At various points in the story, Robbie stressed that it was hope that had kept his father going. He said, “We kept hoping for tomorrow – the liberation.” That day of liberation finally came in 1945, when the American forces swept into Nazi Germany. From there, Sam was taken in by a relative in Manchester, where he settled permanently in 1947. Going on to marry and adopt two sons, Sam has since lived a long and fulfilled life.

As Robbie’s speech drew to a close, the floor was opened to students, invited to ask Sam questions about his experiences. Student Pia Morency asked to see Sam’s tattoo, to which Sam obliged by rolling up his sleeve to reveal the black numbers imprinted into his skin.

“It was really emotional,” Morency said. “It just really brought it home.” 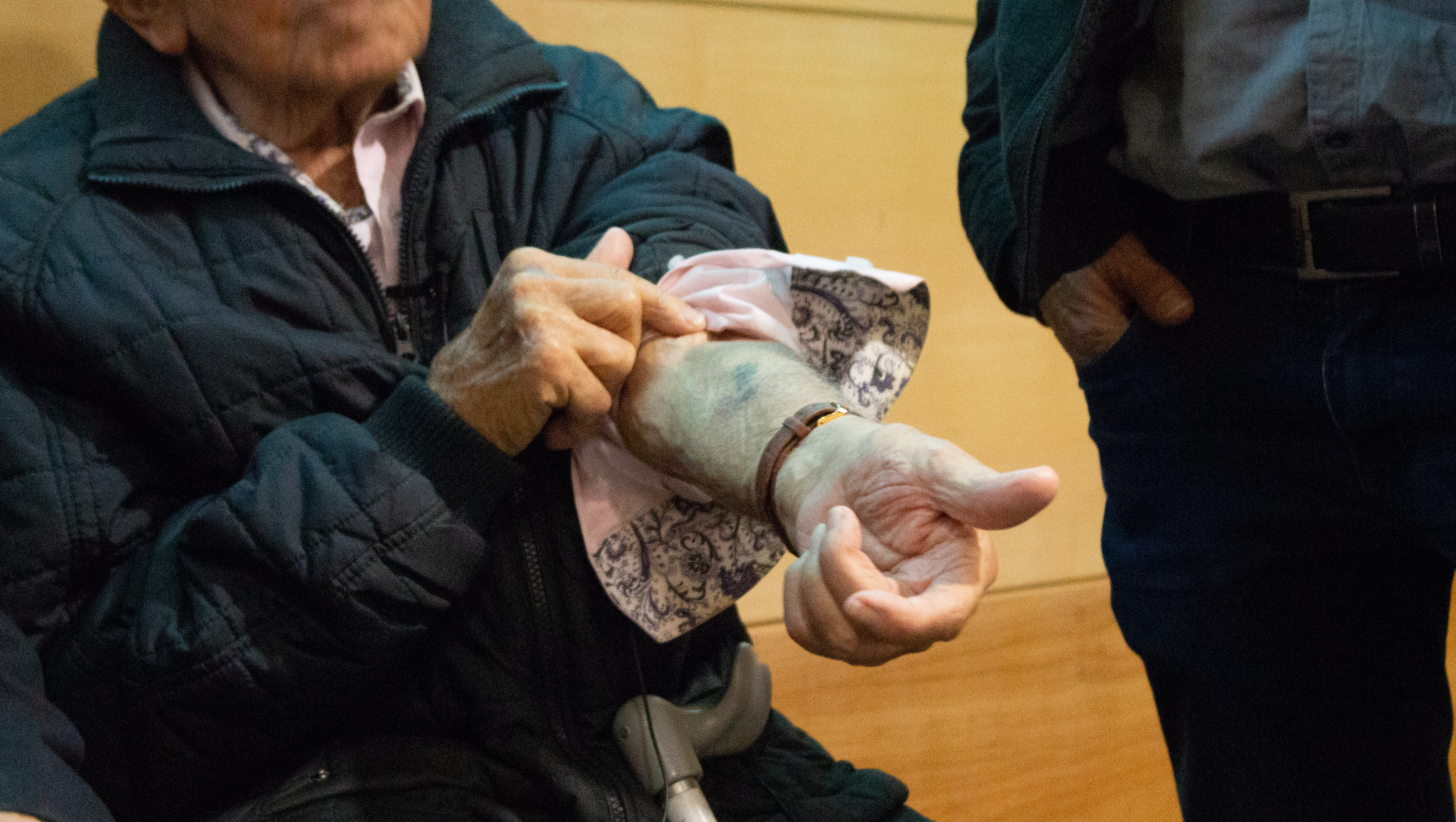 When asked whether he thought the world is now better equipped to prevent another atrocity like the Holocaust, Robbie replied with optimism: “I’d like to think that on the whole, the world is more understanding and accepting”.

Robbie Gontarz stated that, to him, the message of his father’s story of survival is compassion. “The whole world needs to have eyes wide open and look out for other people,” he said.

Among the students in attendance, the reception was overwhelmingly positive. Many thanked their guests for coming in to speak and for the time spent answering questions after the talk was over.

Sam’s visit to Manchester Met was the latest in a series of talks organised by The Home Festival, who are seeking to expand students’ understanding of Manchester by welcoming diverse speakers and encouraging students to engage with Manchester’s rich and diverse culture and history.