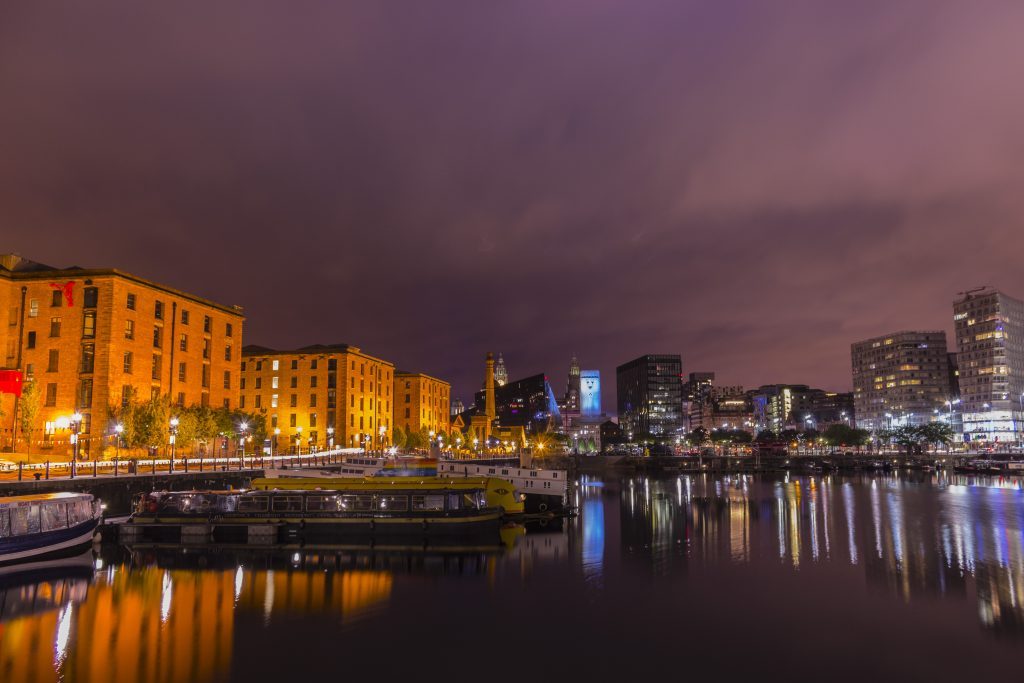 “I can’t believe there is no hope.”

Boys of the Blackstuff’s George could not have summarised the consensus among Liverpudlians in the 80s any better.

Believe it or not, there was a time when Liverpool was a city of social deprivation. Industries were declining, the previously booming docks had been deserted, and the only positive association the city had was that it was home to The Beatles.

But luckily George was wrong.

Prior to 2008, there was no Liverpool ONE, no ECHO Arena and no Liverpool Wheel, and the surplus amount of trendy bars and hidden gems that dot the city today, stood as eerie derelict warehouses.

Over £1 billion was the predicted sum, invested in the arts during the run-up to the 52-week festival in 2008 – and it paid off. The year’s events were estimated to bring over 9million visitors to Liverpool and over £750 million to the city’s economy.

One of the most prominent events of 2008, both in size and in retrieval of publicity, was La Princesse – a 50ft tall mechanical spider that crept through the 20,000 that came to watch in the city centre.

With the addition of Sir Simon Rattle’s breathtaking performance conducting the Royal Liverpool Philharmonic, Pete Postlethwaite’s appearance as Shakespeare’s King Lear at the Everyman Theatre and the Gustav Klimt Exhibition at the Tate Liverpool seeing almost 200,000 visitors in four months, it is clear to say the festivities of 2008 successfully satisfied all areas of culture, and then some.

Of course the investments involved with winning ‘Culture Capital’ play a significant part on Liverpool’s success today, but the money has only highlighted the fact that the potential to be something great, has always existed in the city.

“The Beatles had such a massive impact on Liverpool’s tourism, particularly with the worldwide profile and visitors they brought to the city”, says Joe Keggin, Visit Liverpool Representative.

“They influenced the number of different cultural institutions, which may have nothing to do with The Beatles, but contributed to the creative and dynamic reputation of Liverpool. In turn, this has attracted more like-minded people and organisations.”

“I think another unique selling point that Liverpool has to offer would be the actual character of the people. What Liverpool lacks in size, it makes up for in sense of identity and something I hear regularly from international visitors is just how friendly and welcoming the city is (and not just those in hospitality, even interactions with locals on the street, too).”

In celebration of the city’s cultural anniversary, we are welcomed with another 365 days of continuous yet exhilarating; art, literature, business and music, to promote another ten years of Liverpool generously serving our hunger for the arts.

“2018 is a landmark year for the City and the wider region, and will be a celebration of Liverpool’s position at the heart of the UK’s cultural scene which continually attracts global attention and exposure”, says Joe Anderson, Mayor of Liverpool.

“The year will be a nod to the success of 2008, but will act as a showcase for how far we’ve come in the last ten years in terms of our creative confidence and innovation, and also sets out a marker for our ambitions for the future.”

“There is a buzz around the City ahead of our 2018 announcement which is to be expected given our reputation for staging unforgettable spectacles which engage audiences and push boundaries.”

Just like 2008, the events planned for 2018 appear to cover all bases of the cultural sphere. Top picks from Visit Liverpool’s Joe Keggin, would be that of Lost Castles and Rapid Response Unit. Lost Castles sees French artist, Olivier Grossetête, recreate some of the region’s pre-existing castles with the sole use of cardboard boxes (imagine the craft in that drawbridge!). Rapid Response Unit however, combines the skill of a journalist with that of an artist, and creates weekly pieces of artwork specifically responding to current global news stories. The genre of art will vary depending on what artist is allotted that week, and so we could be seeing anything from live performance to film production to installation art.

Although these events are particularly unique and have been commissioned especially for the 2018 celebrations, the events thought to be on everyone’s to-do list run under the banner of China Dream. China Dream is a collection of emerging Chinese art, culture and music in celebration of the relationship between the UK and China. A prominent event is the arrival of the Terracotta Warriors, one of the world’s greatest archaeological discoveries. The must-see exhibition, held at World Museum Liverpool, will be the first time in a generation that the figures from China’s famous Terracotta Army will be exhibited on UK soil.

Coinciding with the banner of China Dream, Open Eye Gallery introduce Snapshot to WeChat: A Migration of Identity, which will take a closer look at the photographs taken by ordinary people in China and consider how the casual act of taking photos shapes who we are. The exhibition presents three projects using different mediums to reveal how this generation are using photographs to facilitate and develop their identity, the contrasts between a modern-day ‘selfie’ and just a general portrait, and how a discovered collection of 35-mm negatives show China in an age before everyone carried a smartphone.

“We’re looking forward to all of the China Dream programme, which we’ve been helping to produce”, says Jacob Bolton from Open Eye Gallery.

“It is not all announced yet, but there is going to be a big programme over the summer months looking at contemporary artists coming out of Liverpool’s twin city, Shanghai, making some really electrifying new work.”

“There’s just so much to look forward to, and it’s been great fun to work on and be a part of.”

Another celebration of Liverpool’s international relationships, is the largest festival of contemporary art in the UK, Liverpool Biennial. This year’s festival Beautiful world, where are you? will present around 40 international artists work through free events and exhibitions across the city’s galleries, museums and public spaces.

Sally Tallant, Director of Liverpool Biennial, said: “The 10th edition of the Biennial is an important moment for all of us, marking 20 years in the city, and inviting artists and audiences to reflect on a world of social, political and economic turmoil. We are proud to be part of the City’s programme for the 10th anniversary of Liverpool European Capital of Culture 2008, alongside Tate Liverpool, itself celebrating its 30th anniversary.”

Despite 2018 being a year of commemoration with a substantial amount of intriguing events on the calendar, Liverpool undoubtedly exists to entertain our cultural tendencies every year.

Restaurants, bars, galleries and music venues continue to be the result of such opportunity, making use of a 140-year-old pub (Drop the Dumbulls gig venue) or the world’s oldest active passenger railway station (METAL Gallery). Not to forget the hidden gems that form the heart of The Baltic Triangle, being dubbed as “Liverpool’s answer to New York’s Meat-Packing District”.

“2018 is obviously a big year for us, but honestly this is just what it is like every year”, adds Joe Keggin.

“Endlessly meeting the interests of varied audiences, Liverpool provides a wide array of culture, satisfying both popular and niche fields. The city successfully blends the two together, not only attracting tourists to the events, but residents and local citizens too.”

The aim of Liverpool’s 2018 programme is to attract 4 million visitors, boost the economy by £100 million, and significantly increase Liverpool’s position in the rankings of cities you must visit in 2018.

Liverpool today has exceeded all expectations presented in 2008. Not only has it given the Albert Docks the rebirth it needed and restored connection between the city centre and the waterfront, but the small city has truly outdone itself with its ever-growing collection of prominent cultural institutions.

The landmark year of 2018 will show previous visitors the city’s substantial growth, and new visitors the buzzing cultural hive that they have been missing out on. The ability to reconstruct buildings of a bygone era, into flourishing havens of social activity is innovative adaptation at its finest. This is pure creativity. This is Liverpool.