Saturday 5th March saw the screenings of a series of UK and International shorts at the Manchester Film Festival (MANIFF).

First up were the UK, who presented the audience with some highly symbolic and ambiguous content in films such as Strange Weather, starring Maxine Peak and directed by Tom Shrapnel. This film explores fertility, the connection between mother and child and the loss of this through the stunning visual effects of a storm that threw down fertilised eggs from the sky.

Additionally, Fire, starring Ewan Mitchell and directed by Chris Andrews, looked at young boy Jack’s struggle with the anger inside him, presumably sparked by his abusive father. The film takes a turn for the best when Jack goes to hammer a man he’s followed into the forest and instead is overcome by the beauty of nature. Again, the visuals of this film were striking as Jack was made to appear to have real fire emerge from his hands.

In the Q&A session following, the audience were intrigued enough to ask the writer about this feature, who revealed that he nearly dropped the ethereal aspect just before shooting began as it wrestled with the naturalistic set of the forest. After hearing that, it was easier to see how the contrast felt slightly forced but, nevertheless, the effort was great.

Another two of the UK shorts offered a different mood to their audience, proving the diversity of themes within the selection. The Immaculate Misconception, starring Orliath Feenan and directed by Michael Geoghegan, had everyone in the room in stitches with the story of 15 year old, modern day, Irish girl, Sinead, who is raised by her Catholic grandparents and who falls pregnant without having lost her virginity.

The film mocks the conservative religion without malice, for example, when Sinead’s grandmother avoids saying the word ‘hymen’ aloud and gets the pope to fly over from Rome to witness the birth of the miracle baby, only to flee when the child is born mixed race. The ‘punchline’ to the short is Sinead’s befriending of a disabled man before boarding a ferry to leave Ireland, which suddenly means that he can walk again. God certainly does work in mysterious ways. 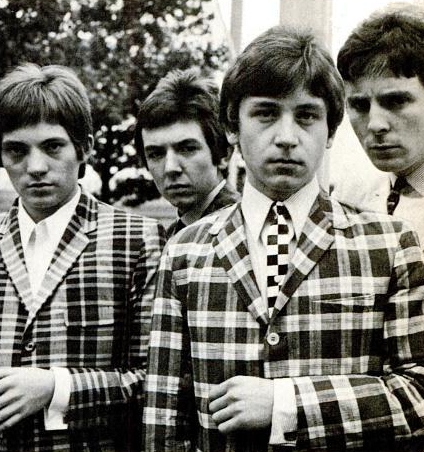 The last UK short was especially British and a treat for fans of Small Faces, as Martin Freeman took the role as Steve Marriott in Midnight of my Life, directed by Phil Davis. This film generated the most conversation during the Q&A, in which the writer disclosed that she was planning a feature film on Marriott’s life, this short being a trial run that she has found has an audience. Without any official funding, the short was even fundraised by fans!

Despite there being such a range of films in the line-up, what was hard to ignore was the ever dominating presence of male directors. This imbalance could have been taken into much more consideration, as to show the work of women is probably the best way to encourage and expand. Hopefully, in the following years of MANIFF, there will be a change in representation.

On to the International Shorts, which, apologies to the UK, were so heart-wrenching and refined that our British shorts were almost forgotten. The themes were all either devastating and/or incredibly thought-provoking, ranging from life fighting on the Korean border and a troubled man driving away his problems to a man’s interview where the ‘job’ was to be duplicated, in the end questioning who the ‘original’ was. It was these films that poignantly portrayed both issues of personhood and global crisis.

Makers of Family Bonds, starring Aki Shibuya and directed by  Takashi Yamamoto, and Debris, starring Isabella Luna and directed by Mary-Lyn Chambers, were present at the Q&A to discuss their shorts. Family Bonds is a Japanese short tackling the destruction of losing a child and Debris focusses on the so-called genuine asylum seeker, as referred to by the writer, following the journey of two siblings trying to stay in the USA.

The writer of Family Bonds told his audience in broken English how he saw these families suffering and wanted to try and show their pain. The simplicity of his statement of intention and the emotional impact of his film sat alongside each other to bring tears to many eyes. The writer of Debris sparked incredible passion in her listeners when she discussed her research into asylum seekers and how she had wanted to put a face on the people who desperately need to escape their countries, the ones who are too often disregarded by the media and whose stories are not told.

As these two films were both World Premieres, it was a very special moment for everybody to share the room with their makers and to hear them talk about what they had worked so hard to make with unarguably stunning results.

The host of both short sessions was sure to ask what was coming next for every writer, which always seemed to leave the audience leaning forward for a better listen.