Today at Manchester Film Festival, Humanity Hallows sat down to watch Made in Taiwan. Set in TaiPei, the title of this film really gives thong away besides location. This meant we didn’t know what to expect. What we were faced with was a postmodern masterpiece drawing influence from Roman Polanski‘s – Rosemary’s Baby, Alejandro Amenábar‘s – Open Your Eyes and Christopher Nolan‘s – Memento.

Made in Taiwan tells the story of Jack (played by Alexander Jeremy), a young aspiring film maker who has unlocked a fascinating and bizarre film; in doing so he has created a stir throughout the city where people are paying in excess of £1,000 to view it. He has to manage the films popularity with the help of his girlfriend Amy-Lin (played by Esther Yang). What makes this film so amazing? That’s a question Jonny Moore and Leonora Moore, the co-writers and co-directors, leave ambiguous and up to the audience. This is done very cleverly, by playing a snippet from Jack’s film at the beginning of the movie; a few scenes later, Jack says to Amy-Lin,”It’s the start of the film that’s the most important part”, reminding us that every minute of this film has been carefully put together.

The film deals with various themes of addiction by likening the pleasure people get from Jack’s film to drug addiction. This is not explicit. It is in Jack’s inability to stop watching his own film that we begin to see the film as a substitute for drugs. Another possible reading could be that Jack is addicted to his work, which does cause his relationships to collapse in the film.

However you want to read the message of the film, one thing is for certain; you won’t have seen anything else like it before. Made in Taiwan has a very unique and at some points disconcerting cinematographic style. There is a harsh contrast between techno music coupled with time lapse footage to make you feel time is rushing ahead of you, and long takes that stay with characters for minutes to show the gravity of the situation they are in.

This film could so easily be a horror movie, as it builds up such great tension that at times we have to stop making notes because we literally can’t move our eyes off the screen. The aim of this film though is not horror, it is terror. The dark and unsettling beauty of the film lies in what you don’t know and the possibility of what could be, rather than what is seen. This is an excellent example of true film making, as Jonny and Leonora don’t throw away the disturbing suspense of the film for easy scares; they stick with it right up until the very end. 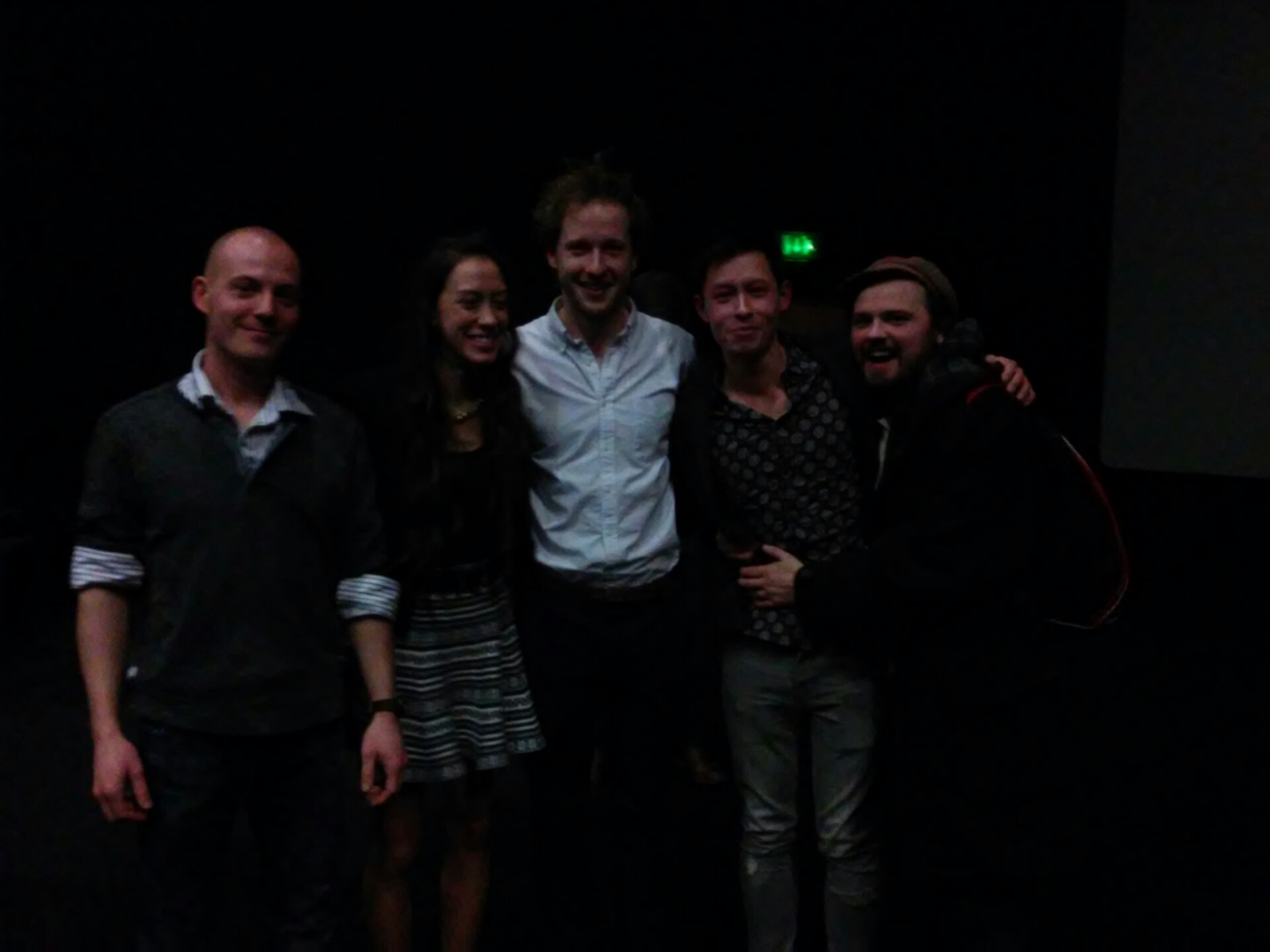 Co-director and co-writer Jonny Moore told us the inspiration for the film came from the end of the film Irreversible, where a flashing strobe light flickers on the screen. He said that watching the light flicker so close to his face produced a weird feeling and he wondered whether film could be as ‘trippy’ as drugs, and so Made in Taiwan was born. We were also told that the film took four weeks to shoot. The reason they wanted to shoot the film in Taiwan was that Jonny had lived there and always wanted to base a film there. After he had the idea, he spoke with Leonora and they decided on Taipei, as they needed a bright and colourful city to contrast with the underbelly of dark corners for the portrayal of addiction and the rougher side of the country. It was also important to the film makers to have a cross cultural relationship between Jack and Amy-Lin, to show the universal attraction to Jack’s film.

Alexander Jeremy told us that Made in Taiwan was his first film. We think he will make many more in the future due to his outstanding performance alongside Esther Yang, who also excelled as his girlfriend. One attendee of the screening told the cast and crew that the film “captured anxiety brilliantly”, which they were thankful for and agreed was an aim. We urge you to see Made in Taiwan for yourself, as there is nothing quite like it; we want to know what you took away from the film, besides the overriding message of ‘don’t do drugs’.