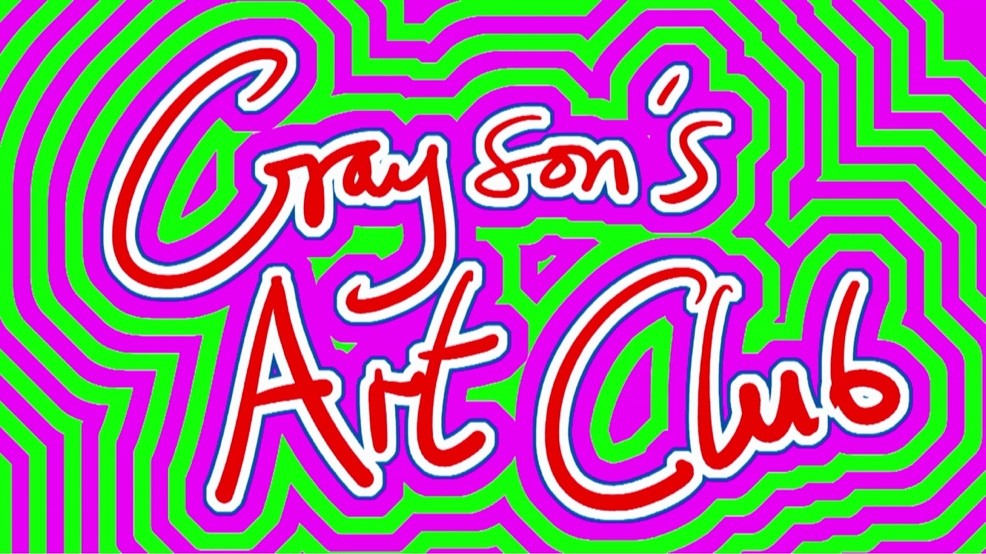 Proving to be a light-hearted triumph of divine escapism, Grayson’s Art Club is back this February for a brand-new series, as part of Channel 4’s #BubbleUpWithAll4 campaign.

Conceived last April during the first national lockdown, the show followed Turner Prize-winning artist Grayson Perry and his wife Philippa as they navigated the pandemic from their North-London studio. Over the course of six episodes they chatted with celebrity guests via video call about the ways art has kept them occupied throughout these unprecedented times.

Due to air on 26th of February at 8pm, the format is expected to remain relatively unchanged, seeing Grayson discuss artwork sent in by the public in response to a weekly theme. However, after the show received over 10,000 contributions during series one, the episode themes have been announced in advance to give participants more time to prepare.

The return of the hit series was met with enthusiasm over social media, as thousands praised Art Club for ushering in a new-found sense of optimism for the nation. Many claimed the show unleashed their captive creativity which had otherwise been repressed by the expectations and pressures of pre-Covid life.

In keeping with Covid-19 restrictions, the show was filmed remotely using stationary cameras; this pared-back production allowing for the simple – and sometimes beautiful – mundanity of life in lockdown to unfold organically. It offered a curious insight into the world of celebrity, with the likes of Jim Moir and Noel Fielding sharing their experiences of solitude from the intimate setting of their fronts rooms or kitchen tables – sometimes to humorous ends, others to starkly profound.

The show’s domestic surroundings also granted access to the creative process of an artist of Grayson’s stature, predominantly known for his ceramics depicting scenes of social and political interest. The viewers were privy to the formation of pandemic-inspired original pieces alongside Grayson’s honest and perceptive narrative, which often noted how art is not only a medium to find solace, but a means to record moments of our forming history.

In amongst Grayson’s work features frequent appearances from his childhood teddy bear Alan Measles, and Art Club was no exception. This time his muse took a sculptural form as the pandemic’s ‘protective spirit’ and is set to appear alongside a plethora of the public’s contributions in a highly-anticipated exhibition at Manchester Art Gallery.

Due to open on the 25th of November 2020, the exhibition faced significant delays due to the tightening of Covid-19 restrictions, with a rescheduled date yet to be announced.

All in all, the show conveyed a unanimous feeling of vulnerability among the nation, with several guests remarking on the heightened sense of their own mortality to which they found art to be the antidote.

The certainty of a weekly episode will be some welcomed normality in a world which has – once again – seemingly lost all structure, while the show’s overarching theme of unity will continue to act as a poignant reminder of the significance art holds in each of our lives, particularly through periods of hardship.