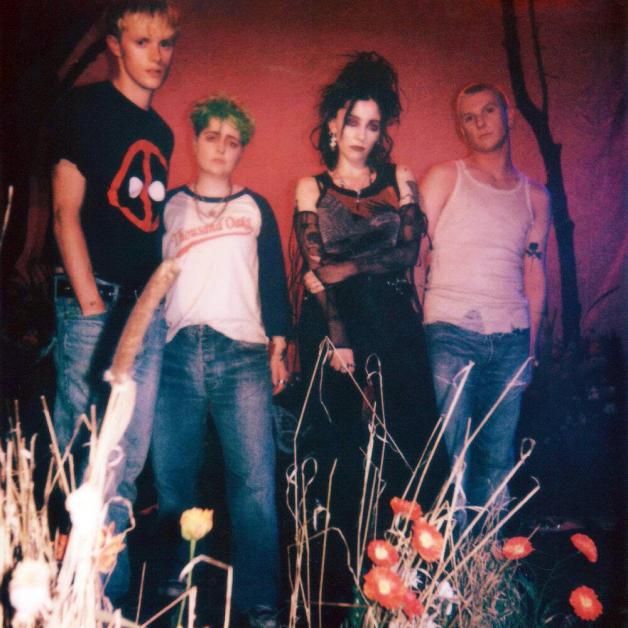 Built on the painful agonising of heartbreak, it’s by no means a new theme for a track – however, Pale Waves have returned with their new anthemic version in the form of indie-pop hit, ‘Change’. Wrapped in nostalgia and catchy enough to get stuck in your head, it encompasses everything we’ve come to know and love from the band. The band consists of frontwoman Heather Baron-Gracie, drummer Ciara Doran, guitarist Hugo Silvani and bassist Charlie Wood.

Drawing you in with their soft-synth and Baron-Gracie’s enchanting vocals, ‘Change’ listens as a diary memory. As it launches into the chorus, the repeated lines, “Wishing you would change, change”, is anything but repetitive. It’s sure to be a fan-favourite live when gigs (hopefully) begin again.

The track has already received well-deserved acclaim and even premiered as BBC Radio 1’s Hottest Track in The World, along with their new music video for the track. Their latest offering also marks the release of their forthcoming sophomore album, Who Am I?, which is expected to be released on 12, February 2021.

Some may believe that slow and steady wins the race, however, Pale Waves’ climb to success has been more of a widely-recognised rapid accession. In their early stages, they were awarded NME’s Under the Radar award, made the BBC Sound of 2018 shortlist, and toured with The 1975. Their debut album My Mind Makes Noises (2018), gained an accolade of praise and was a Top 10 UK Chart hit. All in all, it cemented their status as an indie-pop band to watch.

The band may have set the bar high with their successful debut, however, Who Am I? is anticipated to be just as lucrative, if not more. The majority of the album, Who Am I?, was recorded in L.A with Rich Costey (Muse, Foo Fighters). Coronavirus may have made the process a little more difficult, as both Baron-Gracie and Doran stayed in L.A while the rest contributed from their bedrooms in the UK, sending their parts to L.A to finish it off.

Pale Waves are a band championing self-discovery and being comfortable in your own skin, consistently reminding others that we have the freedom and means to be whoever we choose to be. Baron-Gracie has commented: “For me, music and art is for people not to feel so alone and isolated; I want to be that person my fans look up to and find comfort in.”

The album tackles themes such as depression, distraction, and the feelings of darkness. Baron-Gracie’s songwriting is even more personal than before and contains a great amount of strength in its vulnerability. Despite the darker themes present, the album acts as a journey from the aforementioned themes, to love and finding a new uplifting outlook on life. One of the most interesting aspects of her writing, is how she’s chosen to become more open about her sexuality, and became the front woman which she couldn’t identify with while growing up – truly inspirational.

Pale Waves latest track, ‘Change’ is available to listen to on all major streaming platforms, and you stream it here. Their sophomore album, Who Am I?, is available from the 12th of February, and you can pre-order it here.