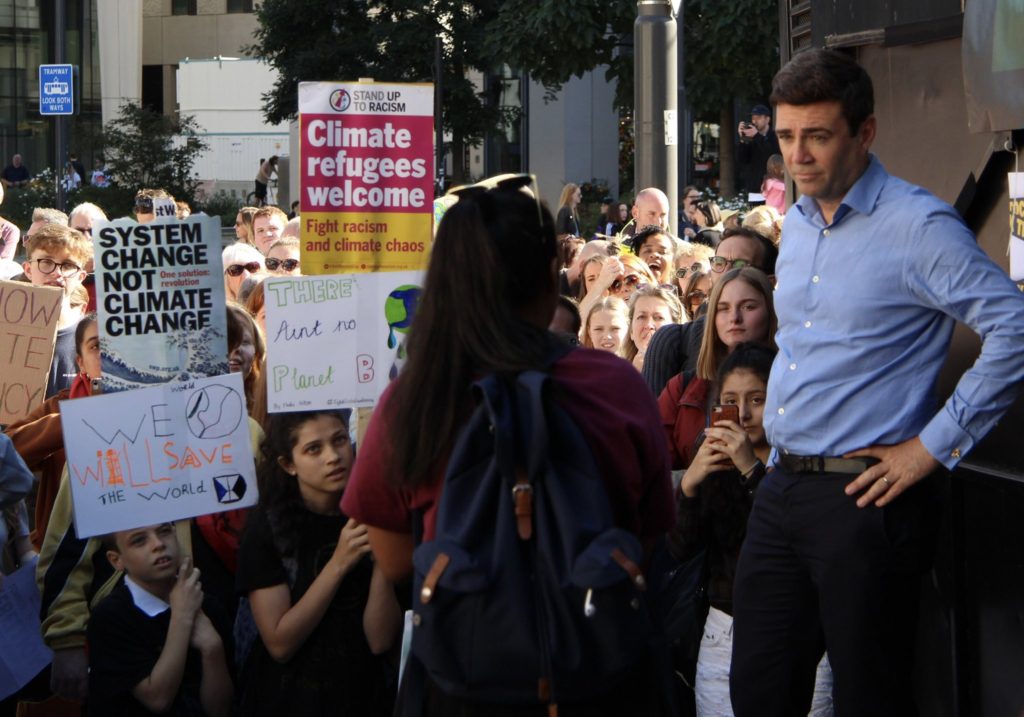 Thousands of young people are skipping school today in protest of climate change. The global youth strike is taking place around Manchester city centre today and they’re expected to be marching along Oxford street to Portland Street, Newton Street, ending in Ancoats with a ‘die in’ at about 1.30 pm.

Huge protests have already happened in Australia, Singapore and Hong Kong, with organisers estimating that 300,000 people took part in Australia.

Thunburg protested by sitting outside the Riksdag (Sweden’s parliament building) everyday for three weeks during school hours with the sign ‘Skolstrej for klimatet’ or ‘School strike for climate’.

Emmeline Pankhurt has “joined in” the protests, with the statue of the suffragette outside St Peter’s Square donning a bright orange life jacket with a placard that asks: “Ready for rising sea levels to reach this height?”