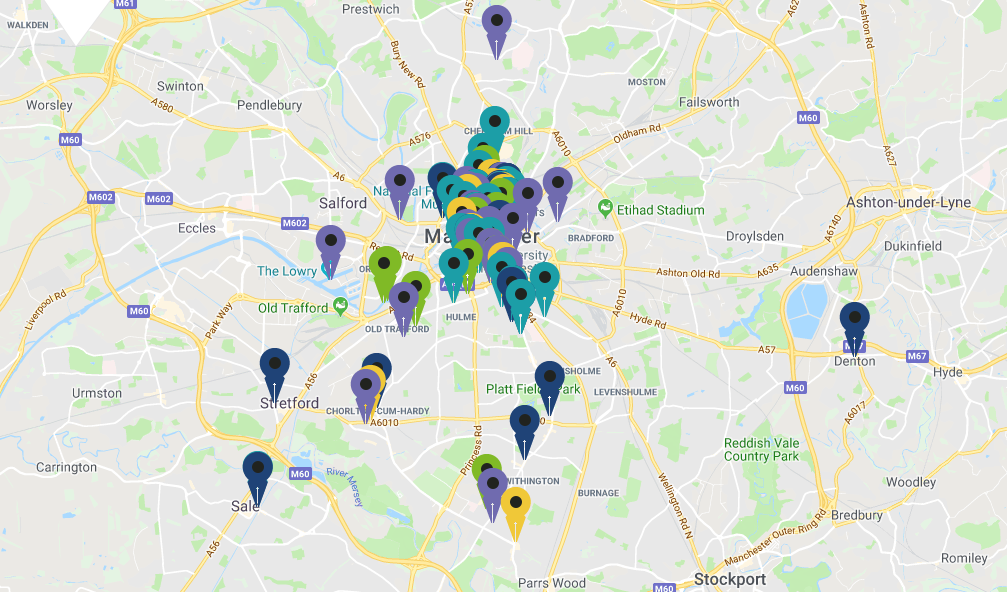 Manchester is a city known for its rich literary culture, as evidenced by its recognition as a UNESCO City of Literature in 2018. To celebrate this extensive history, Manchester Metropolitan University is launching the Writing Manchester Map in collaboration with Wordlight, a literary organisation that seeks to celebrate new writing, and have had previous success with their Writing Sheffield Map. This online resource serves to showcase the city’s literary sites through an interactive map that allows users to explore the locations for themselves.

The map will be dotted with colourful location pins, colour-coordinated into five categories – Bookshops, Events, Organisations, Submissions and Venues. The ‘Submissions’ pin also provides an opportunity for users to read poetry written by members of the public. In various locations on the map, poetry has been complied to show how Mancunians have used them for inspiration in their writing.

The Writing Manchester App will be of great use to any inspiring authors. Through the ‘Organisations’ pin, users can discover the publishers operating in Manchester that work to bring new and exciting fictions to the public’s bookshelves, such as Comma Press, Saraband and Cillian Press.

The Writing Manchester Map is to be a great tool of discovery for anybody interested in literature and writing – whether they wish to create their own works, or simply enjoy the works of others.

Through the app, light is also shed on Manchester’s vibrant spoken word and poetry night scene, with events such as Verbose and SPEAK being only two of the most prominent examples. Organisations such as Manchester International Festival, Manchester Literature Festival and The Greater Manchester Fringe are also featured on the map.

The app has been in development since 2017, and is now available to use.

Head on over to the Writing Manchester Map to learn more about the city’s vast and ever-developing literature culture.